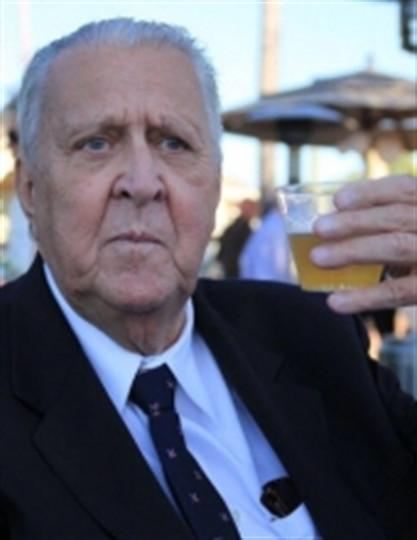 Temecula-Ad H. Creemers passed peacefully in his sleep on Sunday September 16th. He was born April 4th, 1934 in Haarlem the Netherlands. He immigrated to the United States in 1956 to find the American Dream and proudly became a United States Citizen in 1961. Ad is survived by his two daughters, Adrienne (Theo) Van Dun of Temecula, Joslyn (Spencer) Whiting of Queen Creek AZ, Four grandchildren Jenna (Tim) Cook, Bryan Whiting, Evan Van Dun, Amy Whiting , one Great Granddaughter, Caitlin Cook and many beloved family and friends. He was preceded in death by his loving wife, Elisabet M. Creemers in 2008. He was employed by Bank of America for 38 years, starting out as a teller when he first came to this country and then worked his way up to Vice President of Data Processing. During this time he also earned a MBA in International Finance from California State University at Fullerton. He truly lived the American Dream. He was an active member of the Temecula Sister City Association and was instrumental in the cultural relationship between Voorburg Netherlands and Temecula City. His legacy to Temecula City will live on with the Statue “Singing in the Rain” at the Temecula Duck pond. He will be missed by all. A memorial service celebrating his life will be held at England Family Mortuary on Monday, October 8th at 2:00.