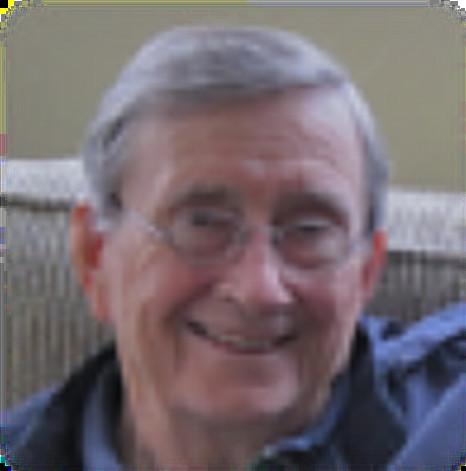 Albert Mack Dimpel, age 82, passed away April 5, 2014, surrounded by his family. Born in Oklahoma, he was one of seven children born to Merle and Daisy Dimpel. During World War II, his family moved to San Diego, where he sold newspapers on the military bases, later moving to the Los Angeles area, where he attended Franklin High School. At the age of 17, he joined the US Army and in 1950 fought in the Korean War, returning home with a purple heart. He married his beloved Connie in 1952 and they settled in West Covina where they raised their three children. He worked as a sales engineer for Brown & Sharp Tools and Sandvik Steel. In 1995, he married Freda, and spent many happy years with her in Shawnee Oklahoma. Mack, as his family called him, enjoyed watching football, working crossword puzzles, taking drives in the country, taking friends and family out to lunch, and going on long walks. His greatest joy was spending time with his family. He will always be remembered by those that knew and loved him, for his kindness and generosity, and for his keen sense of humor and love of life. He will be missed by his two daughters and their husbands, Sandra & Russ Wagner of Temecula Ca., Diane & Chuck Pope of Fort Collins Co., son and his wife, Edward & Sue Dimpel of Boulder City NV, sisters, Donna Reece & Deanne Babb, brothers Hal & Jon Dimpel, grandchildren Chad, Brian, and Scott Wagner, Cori Barnes, Adam Pope, Sara Salta, Anthony and Kyle Dimpel, along with 10 great-grandchildren. He is preceded in death by his first wife Connie, his second wife Freda, and by his sisters Joy and Colleen. A memorial service will be held Saturday May 10th at 12:30 p.m. at The Chapel of Memories in Temecula, Ca.