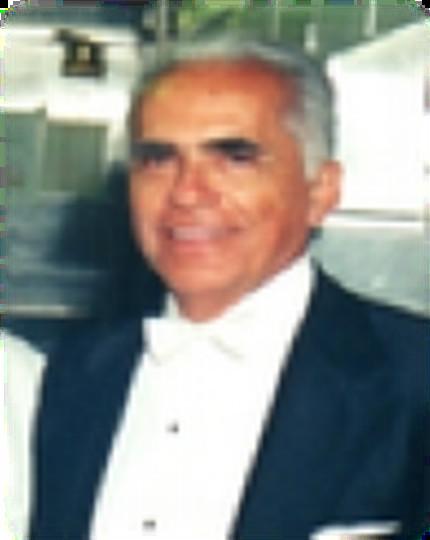 Alfonso B. Perez, 91, was born August 20, 1918, in warm El Paso, Texas. He passed on July 2, 2010 at Scripps-Green Memorial Hospital in La Jolla, CA. Al lived in California since the age of 7. He attended schools in East Los Angeles, including Brooklyn Elementary, Belvedere Junior High School, and Roosevelt High School. He earned degrees from LA City College, Occidental College, and finally a Master's Degree from USC. Later, he was awarded the Doctorate Degree from Lutheran College. The District published his Master's Thesis, A Handbook for Teachers of Handicapped Children, as a teacher's guide. During WWII, Al joined the Army Air Corps in 1941 as a private and a year later was commissioned as a 2nd Lieutenant. His service training included graduation with wings as a bombardier. He was assigned to the China-Burma theater, where he served as a bombardier in a heavy bomber group. He retired as a Lt. Col. from the U. S. Air Force. Al married the elegant Celia Espinosa in 1942. Together they raised four lovely daughters: Irene, Diane, Armida, and Lydia. They have Al 9 grandchildren and numerous great-grandchildren and a few great, great grandchildren. Al was an educator where he founded Widney High School as one of the first handicapped schools. Al also has a handicapped education center named after him in Los Angeles. He was the first alumni principal for Roosevelt High School. Funeral service will be held at St. Catherine Catholic Church at 41875 C Street in Temecula, CA on Friday, July 9 at 10:00am. He will be buried with military honors in Temecula Public Cemetery. A reception will follow in the church hall. Donations and gifts may be made to Roosevelt High School Alumni Association in lieu of flowers. Services: 10:00AM at St. Catherine's Catholic Church on Friday, July 9th, 2010 (map/driving directions) Cemetery: Temecula Public Cemetery 41911 C Street Temecula, CA 92592 (map/driving directions)