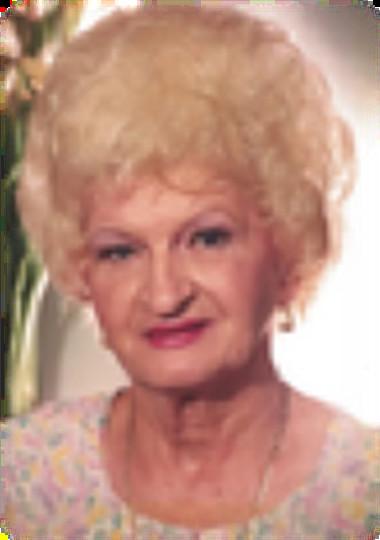 Ann J. Patsko, of Temecula, CA died Monday, February 11, 2013 at the age of 88. She was surrounded by her loving family, son’s Carl and Dean Patsko, daughter Lynne Martin and daughter-in-law Linda Patsko. She was born in Exeter, PA on June 5, 1924 to Joseph Socash and Helen Kachura Socash. Ann was the youngest child of 11; brothers; Joseph Socash, John Socash, Frank Socash, Edward Socash and Andrew Socash and sisters, Helen Orczewski, Sophie Shoemaker, Mary Porasky, Dorothy Mihalko and Marjorie Socash. She was preceded in death by her loving husband of 25 years, Andrew M. Patsko, USMC ret. Lt. Colonel at 48 in 1970. She loved dogs and is being buried with the ashes of “Doogie” and “Rascal”. She is survived by “Shortie” and “Zoey”. Survived by her Children: Son, Carl Patsko and wife Linda; daughter Lynne Martin and husband Bob and son Dean Patsko and wife Sharon. And Grandchildren: Stacey Patsko, of San Antonio, TX, Kenneth J. Smith of San Diego, Elizabeth Martin and Grant Martin of Ocean Beach, CA. Mom knew about everything that was going on in the neighborhood, no matter where it was. For the past two years while she was at Country Villa in Murrieta, she “knew everything” about all the nurses and residents AND their visitors and could tell you their life stories. Her mind and awareness never waned as she was as “sharp as a tack” until the day she passed. You could not interfere with her while she was playing Bingo, and if you did, she would politely direct you to do something else! For the past 10 years she was lovingly known as “Crash” by her family and friend, Jim Vanik. She was nicknamed this after she tried to drive the car into the garage while the door was closing on the car, wherein she said “hello” to the garage wall. Over the many years when Mom was in front of a Slot machine in Las Vegas, Laughlin or Pechanga, she would outlast the “Energizer Bunny” and could go on for well more than 24 hours! She was a loving wife, a wonderful mother, grandmother and friend and everybody that met her, whether it was a man, woman, child or stray animal loved her dearly as a friend and confidant. She had a long and rewarding life and was simply, Mom, Grandma, Blondie or “Crash.” Internment was Friday, February 15, 2013 at El Camino Memorial Park in San Diego, CA next to her husband, Andrew.