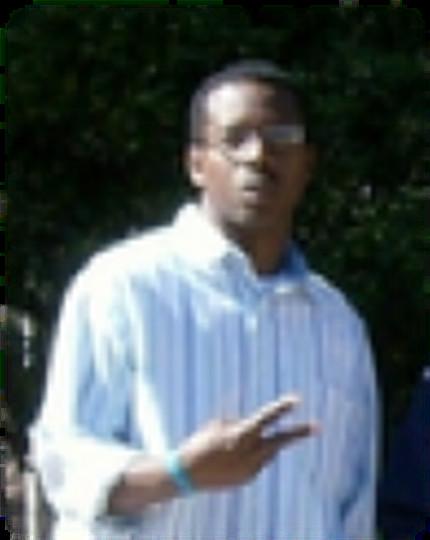 Anthony Earl Nesbeth was born March 13,1966 at 9am in St. Catherine. From the beginning he was one with nature. When he was a baby, his mother would have to take him out on the farm and leave him in his bassenet next to his grandfather (while he worked) to stop him from crying. From then on, he was always out exploring and climbing trees to get the fruit off them to eat. He was also a great marksman with a rock from throwing them and knocking down the mangos from the trees. As time passed on his grandparents farm, he began to follow in his uncle's passion.....soccer. And from that point on he never looked back. He played all over the island as a child and made his high school varsity soccer team as a freshman, which lead him on his journey onto the Jamaican National Soccer Team. One day, while working as an accountant for a hotel on the island, he came across some American college recruiters who wanted to set up a friendly match.....next thing you know, he was on a plane headed for Christian Heritage College in San Diego, California. And this is where life's journey took him down the path of family, love, friendships, mentor and most of all soccer. Anthony had many honorable attributes and admiriable characteristics that taught how to love and accept anyone...anywhere....at anytime. His easy going personality and 'no worries, mon' mentality not only made him who he was, but made it all the more reason why we all grew to love him so much. Soccer was his God given talent that made it possible to meet so many different people from so many different countries and blessed all whom he took under his wings. Soccer gave him the wings to soar through whatever life's journey brought his way. Anthony was loved,adored and survived by his wife Dolorita 'Coa' Nesbeth; Children: Abraham Nesbeth, Gabrielle Nesbeth, and Alexandria Nesbeth; Grandparents: Eulitt and Eugenie Crosbourne; Mom: Olga Crosbourne, Uncle Rainford and Aunt Dotlyn Crosbourne; Sisters: Angela Dixon and Marsha Lounds; Brothers: Marlon Brown and Andre Brown, and Cousin Reymond Crosbourne.A reception will be held immediately following the graveside service at Rancho Community Church 31300 Rancho Community Way, Temecula, CA 92590. Memorials: In lieu of flowers the family asks that donations be made to the Anthony Nesbeth Memorial Fund at Pacific Marine Credit Union. www.cuswirl.com you may send to any bank but must include account number 2021103 and Pacific Marine Credit Union. Services: 11:00AM at England Family Mortuary on Friday, June 17th, 2011 (map/driving directions) Cemetery: Temecula Public Cemetery 41911 C Street Temecula, CA 92592 (map/driving directions)