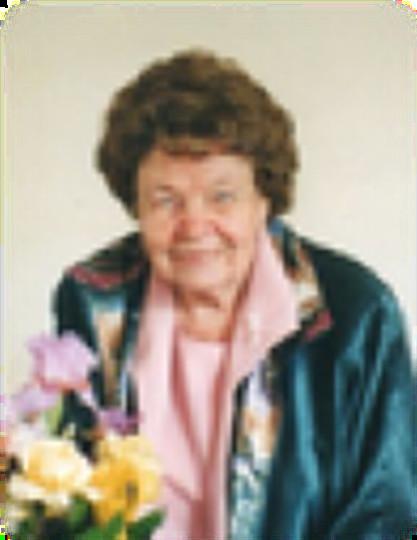 Arlean Garrison, Murrieta icon, passes away at 97. An article by John Hunneman, Columnist at Press-Enterprise/PE.com Author, historian, businesswoman, community supporter and the heart and soul of Historic Murrieta, Arlean Garrison passed away on Thursday, July 11, in her long-time Washington Avenue home. She was 97. Garrison was running the Chamber of Commerce from a tiny, cluttered office inside her business, the Murrieta Machine Shop, when we stopped by in 1988 to pick up information and a phone book for our new community. We had a long chat and I was impressed with how much she knew about our new home. I found out later she wrote the book, 'My Children's Home - A History of Murrieta, California' which was published in 1963. Hers is truly the story of Murrieta, from its days as a small farming community to a city of more than 100,000. Victor Garrison met Arlean in 1935 in a ditch off a South Dakota road, she told me years ago. 'I was with my brother and another of his friends and our car slid into a ditch,' she said. 'Victor came by in his car to see what happened and that's how we met.' In 1936 Victor moved west to take a job at his Uncle's place, Al Knott's Garage, in Temecula. A few years later he bought the machine shop, which is still in business in Murrieta, and in 1939 Arlean moved from South Dakota to be with her fiancé. The couple bought the house next to the machine shop. They were married there on Easter Sunday in 1940. When Murrieta formed its own fire department in 1947, Victor Garrison was named the assistant chief and the town's first fire engine was stationed at the Garrison's shop until a fire station was built. During World War II, Ground Observer Corps were formed in many towns to watch for enemy aircraft. Arlean Garrison was among those who scanned the night sky from the fire station. In the 1950s with the Cold War heating up, Arlean was sent to Florida for aircraft identification training. She came home to organize the 35 volunteers who stood watch day and night. The corps was disbanded in 1958 and received several military commendations. In 1957, after 20 years away from the classroom, Arlean went back to school and graduated from Elsinore Evening High School. She was also a newspaper columnist for about 30 years, writing 'Downtown Murrieta Way' for a Lake Elsinore paper and later for several other publications. It was a compilation of those columns and information from her neighbors that led to the publication of her book which is filled with tales of the early days of the community. Victor Garrison died in 1974. Arlean remained active with many organizations including helping to establish the Murrieta Garden Club in 1974. In 1985 she organized the parade to mark the 100th anniversary of Murrieta. Arlean remained a champion of Murrieta and its history until the end. On my last visit to her home a few years ago she showed off a model of the museum she hoped one day would be built in the community. 'She just really loved Murrieta because everybody was so friendly, and the community did a lot of things together,' said Donna Lent, one of Victor and Arleans's two daughters. A viewing at 9am followed by services at 10am for Arlean Garrison will be held on Friday, July 19, at England Family Mortuary, 27135 Madison Ave. in Temecula. Burial will follow at the Laurel Cemetery on Ivy Street in Murrieta. In lieu of flowers the family is requesting donations be made to the Pioneer Park Fund of the Historic Downtown Murrieta Association, and Murrieta Garden Club. Arlean is survived by her daughters Yvonne (Dave) and Donna (John); grandchildren Cathi, Michelle (Tom), Chris (Jennifer), Monica (Cody), Crissy (Brandon) and Roxanne (Marty); and great-grandchildren Cody, Hunter, Haleigh, Heidi, Emilee, Tyler, Owen, Peyton and Kyle; as well as nieces and nephews.