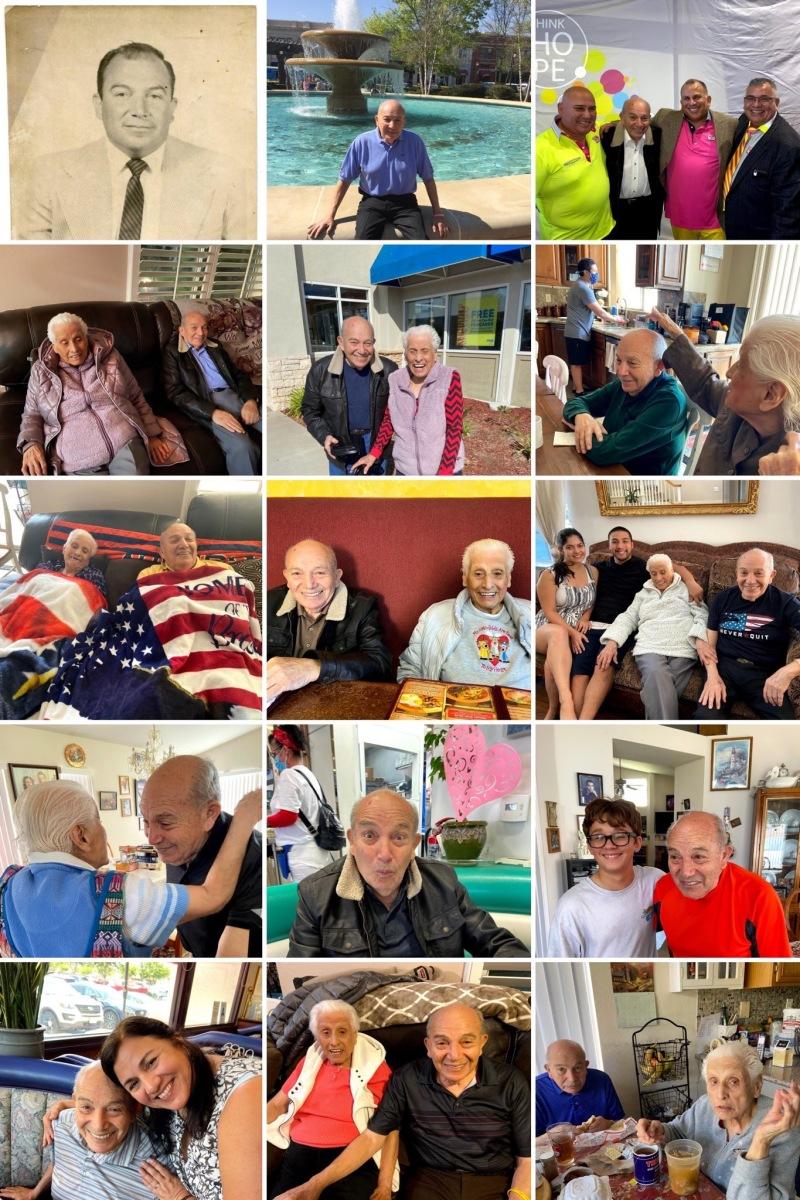 Arturo DeCaro was born to Francisco Arturo DeCaro and Natividad Figueros on February 10th, 1929 in the small city of Villa Canales, Guatemala. He first laid eyes on the love of his life, Dina Estela Ruiz-Dougherty, while she was working in her family's bakery and they married in Palin on April 17th, 1955. They would have celebrated their 67th wedding anniversary this April. Together they built a family of six children: Ana, Arturo, Mario, Robert, Dina, and Michael. Their loving family grew as their children married and they welcomed Peter, Mercedes, Michaeline, Theresa, John, and Lea into their family. Arturo excelled in mathematics and worked as a land surveyor for Chevron and other major energy companies in the jungles of Peten in Guatemala. His work mapping gas pipelines through the uncharted jungle eventually led to travel and the opportunity to learn and work in the United States. Arturo was enamored with the promise of freedom that the United States embodied in the 50-60s and knew that he must do whatever was necessary to make the American Dream a reality for his young family. Arturo made the sacrifice to be separated from his wife and four children under the age of seven for three long years as he worked in the US, saved money, and established his American citizenship. Thankfully, the opportunity arose to move to California with a job expanding the statewide power infrastructure at PG&E. This exciting new project allowed Arturo to send for his family and create a new home in Pacifica, CA in 1965. The family grew by two more children over the next 10 years and now includes 20 beautiful grandchildren and two great-grandchildren who fondly know Arturo as “Lito” (short for abuelito). Arturo retired from PG&E after 33 years and he greatly enjoyed retired life as a husband, father, and grandfather. Arturo and Dina moved to Temecula, CA in 2002 to be closer to their many grandchildren. He instilled in his children and grandchildren the motto of “Tough, Rough, and Ready!” You could frequently find Arturo beaming with pride on the sidelines of the many sports and scholastic activities of his grandchildren. At the well-lived age of 93, on the evening of March 2nd, Arturo DeCaro breathed his last breath at peace, surrounded by his children, enjoying his favorite music and songs of Heaven as Jesus welcomed him Home. He dedicated his life to his family and left behind a legacy of love and timeless lessons that will never be forgotten. He loved the United States and the many opportunities it provided for his family to prosper and grow. Arturo will be remembered as a patriot and honored as a man who lived by the tenets of his frequently recited creed, “God, Family, Country.” He was a devoted Catholic and loyal and faithful servant of God. He was truly one of a kind, leaving an impression on everyone he met, and will be dearly missed by all who knew him. To his family, he was known as “The Eagle” and they are greatly comforted knowing that he has flown to Heaven on eagle's wings where they will see him again one day. Arturo’s memorial service will be held at St. Catherine’s Catholic Church on Monday March 7th 2022, at 12pm with internment immediately following at the Temecula Valley Public Cemetery. Memorial donations in lieu of flowers may be made to Support the Kid which is a non-profit organization that seeks to help children battling cancer founded by his first grandchild, Nicholas “The Kid” Wolber, who Arturo has joined in Heaven. Link for donations: https://DeCaro.flipcause.com