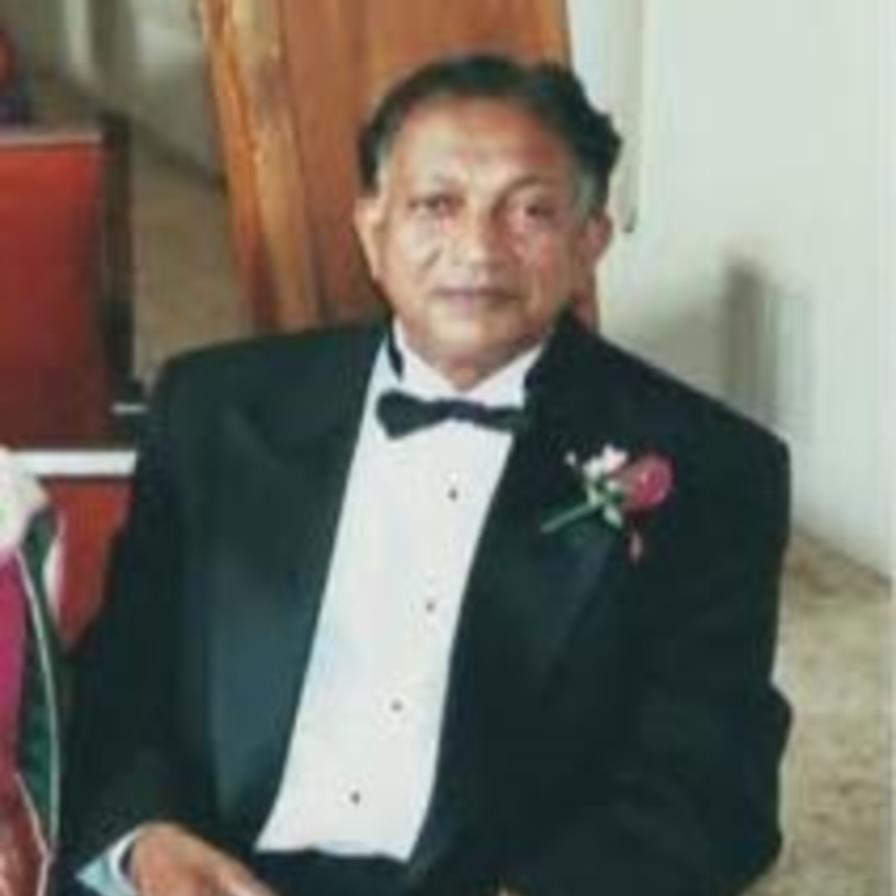 Babubhai D. Prajapati (January 23, 1937 – June 4, 2020) Babubhai Prajapati passed away on June 4, 2020 at the age of 83. He was born on January 23, 1937 in Gujarat, India to Durlabhbhai & Bhuliben Prajapati. He was the oldest child and always worked hard. He always spoke about how his grandfather took him under his wing and taught him to work hard. His strong work ethic took him to college. He became a Structural Engineer, a Design Engineer, and a Civil Engineer. He moved from India to England in the 1960s where he completed his Masters degree. On June 6, 1970, he married Vimlaben Mistry in England. They started their journey together and had 2 children. In 1976, he came to California to find better opportunities for work and brought his family from England to join him in 1980. He was a dedicated man who wasn’t afraid to take risks. He tried several business adventures, selling products in the swap meet on weekends, and entering into business adventures using his knowledge and learned as he went along. All the while, he worked hard to raise his family here in the USA as well as sending money back to India to support his parents and brothers and sisters. He ensured his own kids were able to go to college and get an education. He provided for them in any way possible and always tried to guide them in their choices. He enjoyed time with the family and knew how to make a good BBQ. Growing up, he would put beer on the chicken and ensured us the alcohol burned off and was okay to eat. He had an amazing knack for making anything meat or chicken taste like something out of this world. Vimlaben would always have him put the spices in because it always tasted better. He just had that gift. He was a very amicable and kind person. He was a member of many groups. He was a founding member of the Prajapati Samaj of Southern California. He helped organize events including the summer picnic and Diwali festivities. He was also a member of East West Community Church and a believer in Christ. He enjoyed going to church weekly with Vimlaben and learning more each week. In 2003, he started his journey as a dada. He eventually had 3 grandchildren – Parissa, Ameya, and Christopher. He always gave them $5 when they came to visit. BBQs and swimming in the pool were the best times. Everyone always was taken care of and fed at their home. Grandkids were especially spoiled. In 2004, Babubhai retired from his job at Caltrans. He made so many friends at work that he kept in touch with throughout the years. The best story he ever told us involved them driving from Irvine to San Diego for lunch. No matter where he was, at work or home, he tried to have fun. In 2005, he was diagnosed with colon cancer, had surgery, radiation, and chemotherapy. Vimlaben always took him and brought him home. There were scares along the way but he always kept going and fighting through all of the setbacks. Babubhai & Vimlaben enjoyed several vacation together. They were able to go to India, England, Hawaii, and took cruises to Mexico and Alaska. Babubhai was also able to go the Kings and Sequoia National Park. He especially enjoyed the massage chair on that trip after a full day of being out and seeing nature. He accomplished so much with Vimlaben by his side. She supported him in anything he needed, and he always took care of her. He ensured she was taken care of after she had her life changing stroke in 2013. He always said I’m going to make sure she is taken care of, even as the days turned into years, he never left her alone. Babubhai was preceded in death by his wife of 49 years, Vimlaben. He is survived his daughter Jotika, son-in-law, Chris, grandchildren Parissa, Ameya, and Christopher. He is also survived by his brothers, Bhagubhai, Naginbhai, Sumanbhai, and Umedbhai, and his sisters Kamlaben, Santaben, Ambaben, and Jasuben, and their families, most of who are in England or the USA because of his sacrifices over the years. A viewing will be held on Tuesday, June 9, 2020 from 1-4pm at England Family Mortuary, 27135 Madison Avenue, Temecula, CA 92590. No services can be held but we welcome people to come and see dad one more time and show their respects. If you would like to make a donation, please send them to: ​Global Friends Network ​Attn: Danny and Friends ​510 N. Hanover Street, Anaheim, CA 92801