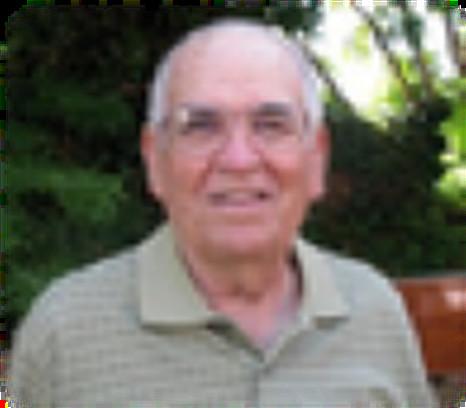 Bud Lee Worsham was born on January 9, 1928, in Sweetwater, Texas, to Arthur T. and Eula Mae Worsham. He was the fourth of eight children. The name on his birth certificate was Buddie Lee Worsham and the story goes that the doctor either misunderstood “Bud Lee” to be Buddie, or he simply thought Buddie was a better name than Bud. Either way, Bud changed his name after his 18th birthday, upon enlisting in the U. S. Navy. Bud’s early life was divided between farm and city life as his father often moved the family from their home in Sweetwater to nearby farms trying to make a living during the Depression years. His first school was a two-room schoolhouse, with one room for first through fifth graders and the other for the “Big Kids.” The rooms were heated by potbellied stoves and the bathrooms were about 25 yards away! Five months after WWII ended, Bud enlisted in the Navy and served just short of two years … the longest two years of his life, he later said. Going to San Diego for basic training and then to Connecticut took him away from his beloved Texas. After an honorable discharge, Bud returned to Texas and met a pretty nurse by the name of Daphna Stephens. She met Bud with friends at a movie theater. They began dating early in 1949 and with no money and no house, they decided to elope. With the help of friends, they tied the knott on Sunday, May 15, 1949. Bud’s career as a sportswriter took him from Sweetwater to Wichita Falls, Lima, Ohio, and eventually to Long Beach, California. Meanwhile, Bud had a very brief career in boxing as a small lightweight (129 pounds) and qualified for the state (Texas) amateur tournament in Forth Worth. He and his four teammates were all knocked out in the first round of their matches. The coach told them in the dressing room “If one of you guys could have lasted one round, I could have told you what you were doing wrong.” Upon moving to Long Beach, Bud worked 30 years for the Long Beach Independent / Press Telegram as copy editor, news editor, and religion editor. His lifelong passion was sports and became an avid Oregon Duck fan, thanks to the influence of his eldest son and he was always an Angels fan, no matter what place they were in. As an elder of the Long Beach Church of Christ and responsible for the oversight of the office staff, he would often announce the weekly staff meeting would be held at 1:05pm at Angel Stadium! Between innings or a pitching change necessary business was addressed over hot dogs and Cokes. Bud and Daphna were blessed with four children: sons Larry, Kevin and Dale and daughter Vanessa; as well as nine grandchildren and one great-grandchild. He died on May 15, 2012, his and Daphna’s 63rd wedding anniversary. His was a life well lived. From the Long Beach Press Telegram: For many years the Press-Telegram's news desk was run by two Texans, one of whom was news editor Bud Worsham. The other, copy desk chief Bill Shelton, made no bones about his disdain for West Texans. That's where Bud Worsham was from. Sweetwater, to be exact. But Bud would simply flash a smile as big as the Lone Star State, and, beginning at 5 a.m., move copy along through the various editions. Bud Lee Worsham, who died May 15 at the age of 84, was an old-school news editor. When various copy boys were either too lazy or hung over to bring him copy, Bud would disappear into the wire room, with its clacking wire machines, and rip off the latest Page One story. He'd put headline and length orders on the top of the copy and sail them into Shelton's in-basket. Shelton would take one look at the impossible headline order and shake his head, mumbling epithets about West Texans. Bud worked for the Independent and Press-Telegram for nearly 30 years, as a copy editor, news editor and religion editor in his later years. (He sometimes got mail addressed to 'Bud Worship.') Before that, he was editor of the Sweetwater High School paper (The Pony Express) and covered sports for papers in Wichita Falls, Texas; and Lima, Ohio. Bud had a lifelong passion for baseball, preferring the Angels over the Dodgers because it was easier to get to Angels Stadium from his home in Long Beach. Deeply religious, Bud served as an elder for the Long Beach Church of Christ for more than 40 years. His son, Dale, says that his father's Christian belief was what made him such a gentle and caring man - 'loved by almost everybody who met him.' Those who worked with Bud would say 'amen' to that. In the world of frenetic newspaper work, where deadlines were fast, furious and unforgiving, Bud was the calmest editor in a frenetic, noisy newsroom. He would only smile when his news judgment was challenged, especially by big-city Texans.