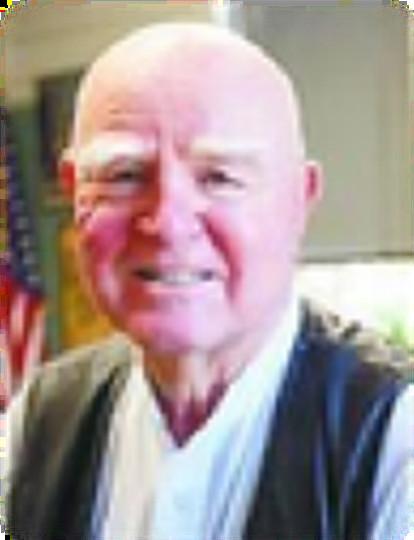 Lewis, Claude A. 'Bud' CARLSBAD -- Claude A. 'Bud' Lewis, 83 of Carlsbad, CA passed away peacefully on October 15, 2014. His final days were spent surrounded by family. Bud was born on March 14, 1931 in Nettleton, Arkansas. He came to California in the 1930's with his family during the Dust Bowl, picking cotton for food and gas, and finally settling in Wilmington, CA. In 1949, Bud graduated from Banning High School in Wilmington. He then played one season of football for Los Angeles Harbor College during their inaugural year. Later he enlisted in the United States Marine Corp and was stationed at Camp Pendleton (1951-1954). During his enlistment, he found time to continue his education and play football at the Oceanside-Carlsbad Junior College. It was during this season of his life that Bud fell in love with the simplicity, people and beauty of Carlsbad and the surrounding area. Bud then attended San Diego State University, playing football as a proud Aztec and marrying his wife, Beverly. Upon graduation, he secured a teaching/coaching job at Carlsbad High School and became known as 'Mr. Lew.' In 1970, Bud won a seat on the Carlsbad City Council and began a forty year career as a public servant: 16 years as a councilman and 24 as Mayor. He also ran two small businesses known as Cal Cars and Lewis Quality Painting. Bud loved Jesus Christ, his family, his country and all things Carlsbad. He enjoyed playing and watching sports, reading and discussing history, motorcycle rides through Calavera, water-skiing in the lagoon and cars, especially his 1940 Hollywood Graham. He enjoyed Carlsbad beaches and the flower fields, going to the mountains, coffee and donuts with his buddies, politics, western movies, target practice and time with family. Bud was preceded in death by his wife, Beverly Ann Lewis of 56 years. He is survived by his loving children and their spouses: Gary and Shana Lewis, Paula and Jim Tremayne; his grandchildren Caity and Riley Tremayne; and eight nieces and nephews. The family would like to recognize Sibylla Voll and her daughter, Michelle for their love and care of Bud the last three years of his life. Bud will be greatly missed by his family, friends and community. A memorial will be held at 10:00am in his honor on Saturday, November 1 at Carlsbad Community Church, 3175 Harding Street, Carlsbad, California. All are welcome. In lieu of flowers, donations may be made to the Semper Fi Fund, PO Box 555193, Camp Pendleton, CA 92055. (760) 725-3680 / www.semperfifund.org