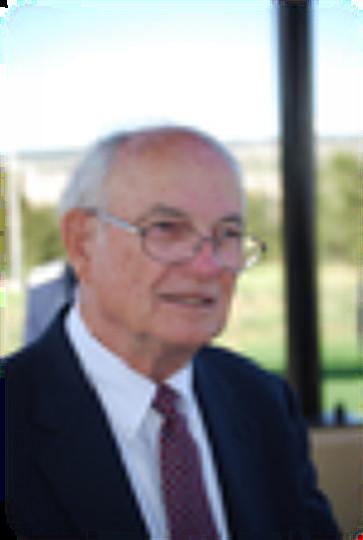 Constantine Hadjis, known as Dino, lost his battle with cancer on May 28, 2014 surrounded by his wife and family. Dino will be remembered for his sense of humor and wit, for his integrity and honesty, for his sincerity and dependability, for his reliability and honor. Dino was the son of John and Andromahi Hadjis, the brother of Dimitri, Grace, Mary, Scottie, and Helen. His family moved from Cincinnati, OH to Wheeling, WV where he worked at his father’s restaurant during his high school years. He excelled in baseball, football, and basketball. He is remembered for throwing in the last second more-than-half-court winning basket to clinch the State Championship for Wheeling At Syracuse University, he played basketball and football and was commissioned at the completion of the Air Force ROTC program. He served as a pilot in the US Air Force and later in the AF Reserves unit in Pittsburgh, PA. His career in corporate aviation began with U S Steel flying the Viscount and Grumman business jets. Then he moved his family with four young children to Savannah, GA where he was a test and instructor pilot for the Grumman Corp. That led to California, flying the G II for the Fluor Corp. and later the G III for the Varian Corp. The great friends he worked with made his professional life even more fulfilling. In the air, playing dominoes or a round of golf, sharing a bottle of wine and life stories, they formed very strong bonds. Dino often would say, “I haven’t worked a day since I started flying for a living.” Dino and his wife, Marci, recently celebrated 49 years of marriage. He was most proud of his family: Andrea and husband Elliott and children Adam, Ryan, and Katie; John and wife Teri and children Jenna and Chryssa; Nick and wife Keri and children Hunter and Riley; Chris and wife Jessica and children Jake and Finley. Raising our children and then seeing them raise their children has been among the greatest of God’s joys. Life in California began August,1978, moving to Rancho California, population 5,000. Raising our family in a small town was quite rewarding. The kids’ soccer and baseball games as well as school activities provided our social network in those early years. We were fortunate to have formed these long-lasting relationships. His efforts and contributions to the growing St. Nicholas Greek Orthodox community were opportunities to be involved with a wonderful and selfless group. Dino enjoyed assisting at festivals, picnics, liturgies, or wielding a paintbrush. Friendships developed within the Greek community have been a blessing to the family. The town has grown significantly and so have our families. Memories created with those friends will be treasured. May God bless you all. In lieu of flowers, the family suggests donations to St. Nicholas Orthodox Church or your favorite charity.