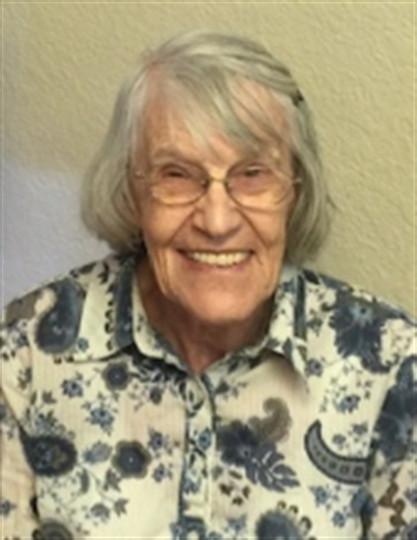 Dorothy “Dottie” Casler, 90, went to be with our Lord on March 10, 2018 in Murrieta, California. She was the wife of William “Bill” Casler. Born in Detroit, Michigan, on September 25, 1927, she was the daughter of Walter and Doris White. She was the youngest of four children. She was a Daughter of the American Revolution. Dottie and Bill married August 24, 1946 in Dearborn Michigan. They were married for 71 years. They had 3 sons. She graduated from Cal State University Long Beach in 1970. She was a teacher in the ABC Unified School District for 23 years. She attended Southwest Christian Church in Murrieta and City Christian Church in Menifee, California. She enjoyed going on Mission Trips, camping, baking, crocheting, and painting. She will be remembered for her dedication to God, her love of family and friends, and her loyalty, kindness, and generosity. She is survived by her husband Bill, children: Ken (Christine) Casler, Keith (Shirley) Casler, and Kerry (Sharon) Casler, 8 grandchildren: Lisa (Jean-Baptiste) Henry, Jeremy Casler, Rachelle Geach, Wendy (John) Lewis, Megan (Kyle) Casler, Laura (Andrew) Schlaf, Kimberly (Louis) Brown, and Mark (Jamie) Casler, and 16 great grandchildren; Matthias, Romain, and Alice Henry, Manishane Casler, Madalin, Dylan, and Ava Lewis, Cassandra, Mackenzie, Jacquelyn, and Benjamin Schlaf, Luke and Logan Brown, Jude, Miles, and Callie Casler.