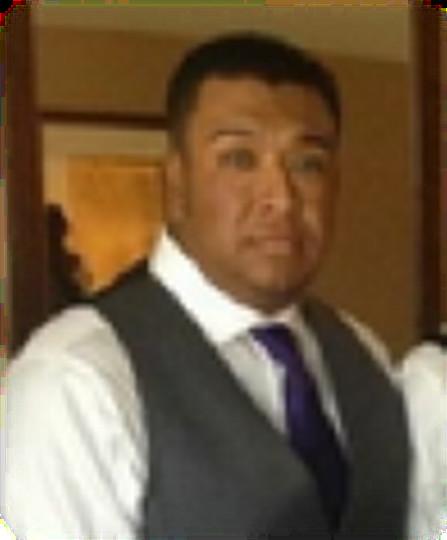 Eddie was born on December 20, 1978 in Fayetteville, North Carolina while his father was stationed at Fort Bragg. He grew up in La Puente and graduated from La Puente High School in 1997. He joined the Army in January 2001 and served his country for 7 years 7 months before being honorably discharged for medical reasons in May 2007. Eddie was stationed in Fort Polk, LA from January 2001 until October 2002, Camp Casey in Korea from October 2002 until November 2003, and Fort Irwin, CA from November 2003 until May 2007. He was deployed to Kuwait from February 2004 until February 2005 and was stationed at Camp New York and Camp Udari during his time there. He earned several honors during his years of service including the Army Achievement Medal, Army Good Conduct Medal, National Defense Service Medal, Global War On Terrorism Service Medal, Korea Defense Service Medal and the Overseas Service Ribbon. Eddie met the love of his life, Sarah McCorkhill, in November 1999 while working at Best Buy together in City of Industry. They wed at the Tropicana in Las Vegas, NV in May 2001 and had two extraordinary children together: Eddie Rico Rangel, 10, and Elias Rangel, 8. Eddie and Sarah lived in the high desert from 2007 to 2014 where Eddie coached his sons’ Mighty Mite football team for the Barstow Aztecs before moving to Temecula, CA in July 2014. Coaching was Eddie’s passion. Nothing made him prouder than sharing his love of football with his sons and watching them excel on the field. He inspired so many players to always give their best and play with heart. He coached the Mighty Mite Fighting Bears with Temecula Valley Pop Warner during the 2014 season while commuting over 2 hours each way to work a full time job at Vencore, a job he held from 2007 until December 2014, before returning to school to study business at Mt. San Jacinto College. No matter how exhausted he felt, Eddie was always present and ready to teach our youth his love and passion for the game of football. He dedicated countless volunteer hours to making sure each of his players were conditioned, practiced safely, and were driven to excel on the field. Eddie was starting his second season with Temecula Valley Pop Warner to coach his youngest son’s Mighty Mite team and help coach his older son’s Jr Pee Wee team. Eddie was a huge fan of USC, the LA Dodgers, the Seattle Seahawks and the LA Lakers. When he wasn’t coaching, attending church at Saint Catherine’s of Alexandria, or hitting the books, you could always find Eddie in the stands cheering on his favorite pro teams with his family. Eddie is survived by his wife Sarah Rangel and their two young sons, Eddie Rico Rangel and Elias St. Michael Rangel of Temecula, CA; his dad, Edward Rangel, and mom, Margarita (Margie) Rangel of La Puente, CA; his brother, Eric Rangel and sister-in-law, Erika Rangel of Victorville, CA; his sister, Dolores Solares, and his nieces and nephews: David Solares Jr, Marky Solares, Amanda Solares and Xavier Solares, of San Diego, CA.