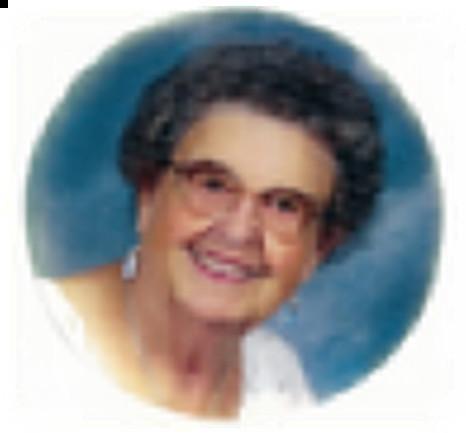 Ethelyn Burge Underwood passed away on November 5, 2011 at the age of 96. Ethelyn was born on July 31, 1915, in Puxico, MO. In the early 1920’s the Burge family moved to Pueblo, CO, where she lived for the next 25 years. She married Leslie C. Underwood in 1934 and they had one son, Michael L. Underwood. Ethelyn and Leslie divorced in 1945 and she moved to Long Beach, CA in December of that year, where she lived on Rose Avenue until 1999 when she moved to Murrieta, CA. At the age of 94 she took her last cruise and then decided to move into Crown Pointe Assisted Living in Corona, CA where she passed away surrounded by her immediate family. From the time that she moved to California until she moved into Crown Pointe, Ethelyn was fiercely independent. After she arrived in California she worked for a variety of companies, including Prudential, Armstrong nurseries, and, ultimately, General Telephone Company which is now part of Verizon. She retired in 1980. Ethelyn caught the travel bug early and over her life time traveled extensively throughout Europe. She fell in love with cruising taking 17 separate cruises. Her long time companion was Don Leaman whom she had met at Armstrong Nurseries in 1948. From the Mexican Rivera to Asia to the Caribbean, cruising was her favorite travel pastime. As a member of the Red Hat Society in Murrieta, Ethelyn was the Matriarch of the club. She was also a member of the Rancho Community Church in Temecula, a member of the Ambassadors Class and hosted a study group in her home at the age of 92. Ethelyn is survived by her son and daughter in law, Michael and Diane Underwood of Riverside, CA; and her grandchildren, A’Lisa L. Tello of Wilmington, NC, Dr. Robert M. Underwood of Harrisonburg, VA, Andrea L. Underwood of Tucson, AZ, Craig A. Phillips of Torrance, CA, and Cyndi E. Phillips, of Moore, OK; eight great grand-children, and one great great grandson. Her memorial services will be held Wednesday, the 9th of November 2011 at the England Family Mortuary in Temecula, CA. Public viewing is from 2:00 - 3:00pm with the service starting at 3:00pm. Pastor John Thomas of Crossroads Christian Church, Corona, will be officiating. Ethelyn’s final resting place will be in Puxico, MO. with graveside services to be held on Friday, November 11, 2011. She will be buried at Puxico Cemetery in her hometown of Puxico, Missouri.