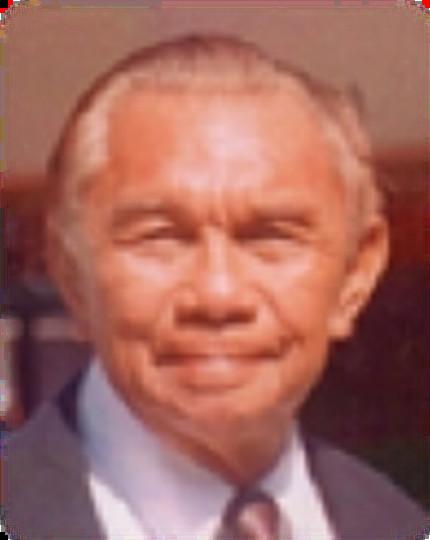 Gerbrand 'Jo' Smith was born in 1924 to Carl Henri Smith and Adrianna Hermanses in Makassar, Indonesia. The family settled in Bandung on the island of Java. He had a younger sister, Geisje, who died when she was a toddler. Tragedy struck the family again a short time later when Jo's mother passed away. He was only 6 years old at the time.As a boy, Jo loved soccer. His talent for the game is what inevitably got him into the Dutch Marines. In 1941, at the age of 17, with his father ill with Tuberculosis and the family with no money, Jo was forced to discontinue his education. One option for him was to go to Surabaya and enlist in the Marines. Jo was initially rejected as he didn't pass his physical. The afternoon he was due to return home, he was playing a pick-up game of soccer while waiting at the train depot. The Colonel watched him play and was impressed -- he called him back and had him re-take the physical. This time Jo passed!By this time, World War II was in full swing, and Jo's battalion was captured by the Japanese in East Java. He was taken as a Prisoner of War and transported by boat to Singapore then by freight train with other POWs thru Malaysia and into Thailand. He survived 3 years in a POW camp under forced labor conditions in the jungle, working on the Death Railway of Thailand and Burma as well as the Bridge over River Kwai. He stayed on with the Marines after the end of WWII and used his military benefits to complete his education.The 1950s was a time of career growth and success for Jo. He was a clever businessman working for the Dutch import/export company Geo Wehry and was fortunate to live and travel throughout Indonesia. It was while stationed in Lombok that he met Yvonne Worotikan. They married in 1956, and their son Jacques was born in Lombok in 1957. It was during a company-sponsored home leave to the Netherlands in 1957 when Jo and Yvonne decided not to return to Indonesia due to political unrest. They settled in Amsterdam where their daughter Margie was born.The Smith family immigrated to the US in 1960 and settled in Maryland. Jo had only $50 in his pocket to support his family. Despite this shortcoming, it was the first time in his life when he actually felt like a free man. He finally had the opportunity to make a life for himself with the family without war or political unrest.He worked his way up at the Kensington Fire Department from a Clerk to Head Administrator. Amongst his co-workers there Jo jokingly referred tom himself as the 'Dumb Immigrant.' He credits the firemen he worked with for teaching him the many idioms of the English language. Jo retired in 1984, and it allowed him more time to pursue his many hobbies such as traveling, gardening, writing, and photography. In 1987, seeking a warmer climate, the family moved to Southern California.Jo was particularly passionate about traveling and enjoyed numerous international journeys. Among his favorite destinations were Holland (to visit old friends and fellow ex-Marines), Indonesia, Singapore, Thailand, and Hawaii. He was fortunate to be in good health into his 80s as he continued to travel abroad.He will be remembered as being independent, determined, intelligent, articulate, and honest; as well as a kind, warm and loving person. Jo loved encouraging young people to better themselves and to achieve their goals no matter if this was in sports, their education, or careers. He touched many lives in his own unique way and will be dearly missed.A celebration of his life was held at England Family Chapel on Saturday, January 8, 2011. Services: 12:00PM at England Family Mortuary on Saturday, January 8th, 2011 (map/driving directions)