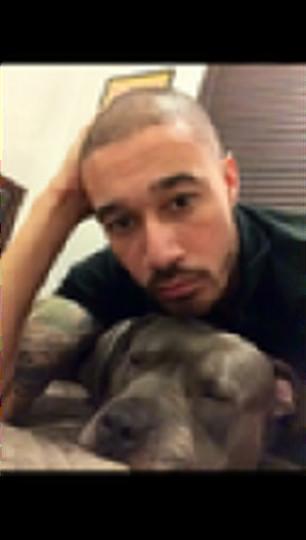 Geremy W. Warren, 28, of Bethesda, Maryland went to heaven on November 11, 2015. He was born on March 17, 1987 at Bethesda Naval Hospital, Maryland. Geremy was living in New York City and studying Business Administration at Devry University. He was a fashionisto who had a flair for style. He also served in the United States Navy achieving the rank of Petty Officer First Class and he made several deployments to the Western Pacific and the Persian Gulf. Geremy is survived by his parents, Robert and Felicia, brother Geoffery (Lisa), sister Simone (Marcos). Nephews Mekhi and Daren, niece Angel and many loving aunts, uncles, cousins and many friends. He will be very missed by his loving dog and most cherished sidekick, Brooklyn. Visitation and service will be on 25 November at 09:00 am at the England Family Mortuary in Temecula, California. Internment will be Riverside National Cemetery at 13:00 pm with military honors.