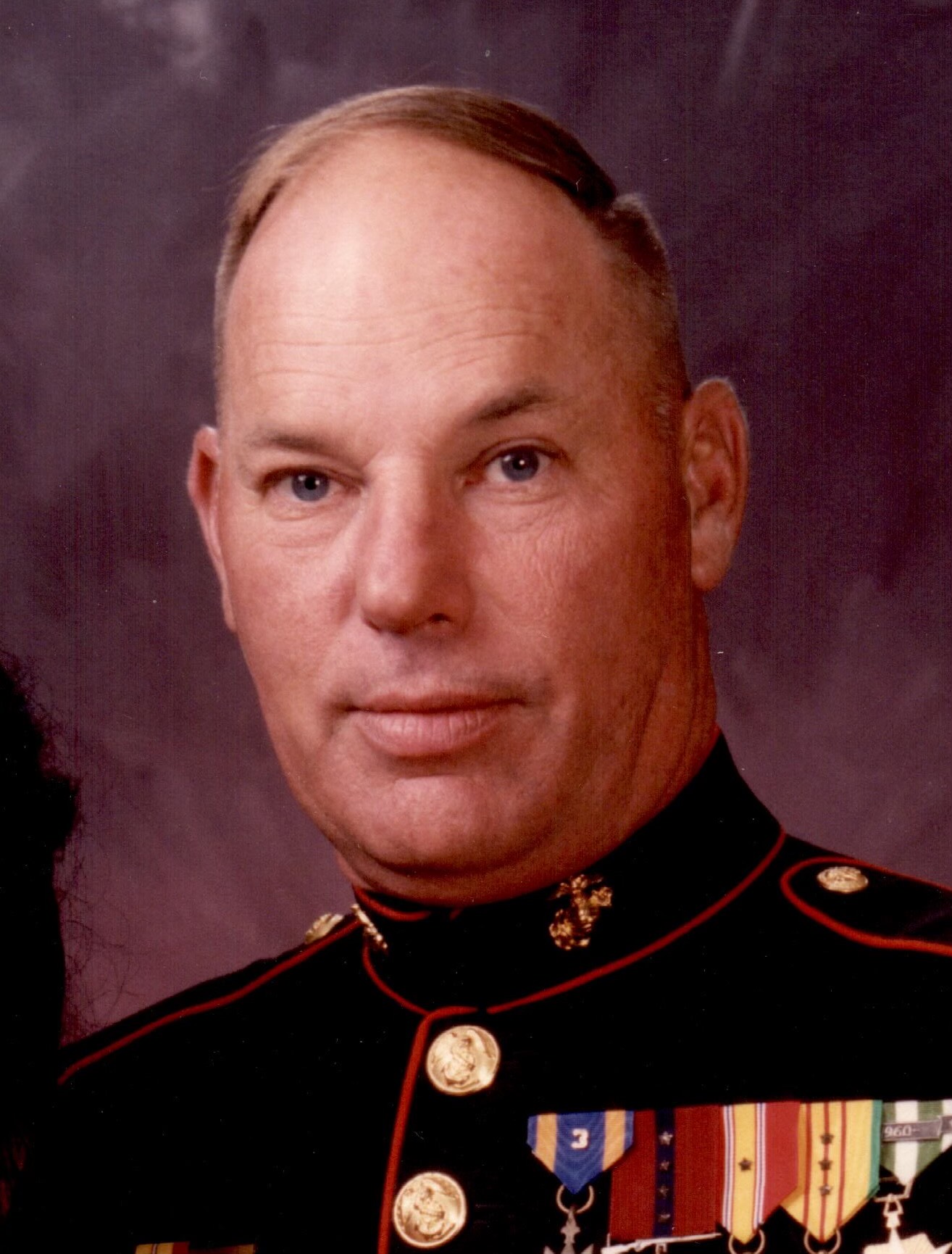 Sergeant Major Gilmore E. Richter III, a proud veteran of the United States Marine Corps, made his journey to the Heavenly Father on Friday, January 13, 2023 at the age of 79.

Rick, as he was affectionately known by many, was born September 9, 1943 in Evansville, Indiana to the late Gilmore Edward Richter II & Norma Richter and attended Central High School before enlisting in the Marine Corps in 1962 and completing recruit training at MCRD Parris Island, South Carolina. He then completed Aviation Training to crew C-119 Aircraft, and in 1965 as a young Lance Corporal, he saw action in the Republic of Vietnam as a Crew Chief and Gunner on UH-34 Helicopter. Upon returning to the states in 1966, Corporal Richter returned to duties on C-119s.

Throughout the rest of his 30 year career, Rick continued to be promoted through the ranks and performed key duties as NCO/Senior NCO of Marines, including duties on the drill field as Drill Instructor, Platoon Commander, Chief Drill Instructor at MCRD San Diego; Gunnery Sergeant at Okinawa and Camp Pendleton; 1st Sergeant at the School of Infantry, Reserve Support Unit, and HQ Company H&H Battalion at Camp Pendleton. Promoted to Sergeant Major in 1985, and for the remaining eight years of his active duty career, he served as senior enlisted Marine at 1st Recruit Training Battalion, H&S Battalion, at MCRD San Diego; 7th Communications Battalion at Okinawa, Japan; 4th Marine Regiment at Camp Schwab, Okinawa; in 1991, he transferred to El Toro, California where he served as 3rd Marine Aircraft Wing Rear (Operation DESERT SHIELD), Marine Air Control Group 38, and finally, SgtMaj of 3rd Marine Aircraft Wing. SgtMaj Richter completed his nearly 31 years of dedicated service to the United States Marine Corps in February 1993.

For most of his life, if Rick was not on-duty or spending quality time with his wife Teri, he was on the golf course. An avid golfer since high school, he won many tournaments throughout his life, including the All-Service Championship for the Marine Corps and Pendleton Memorial Golf Association Senior Champion in 2001 and 2002.

He was predeceased by his parents Gilmore E. Richter II and Norma Samp; he was also preceded in death by his brother Doug and sister Janie.

A Celebration of Life will be held on the 3rd of February 2023 at 10:00am at England Family Mortuary in Temecula, CA, followed by 12:30pm funeral service, with full military honors, at Riverside National Cemetery.

In lieu of flowers (Rick was not a fan of flowers!), please consider a donation in memory of Gilmore E. Richter III to a local organization that contributes to the development of our community’s youth, such as the Young Marines – Temecula Valley Unit (https://youngmarines.salsalabs.org/DonateButton/index.html) or SCGA Junior Golf Foundation (https://secure.scgajunior.org/donate).