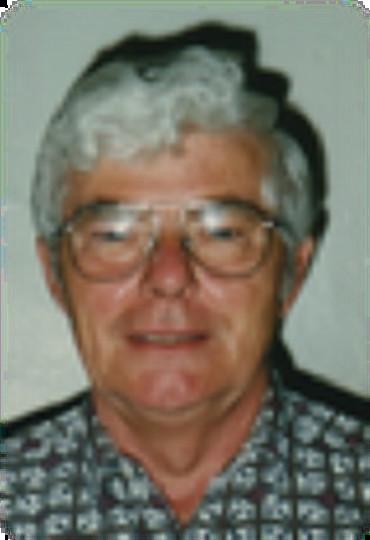 Horst Gerhard Gallert died on Wednesday, March 7, 2012 at the age of 83. A memorial service will be held at England Family Chapel on Saturday, March 10, at 10:00 with a reception to follow at the Colony Clubhouse in Murrieta. Gary was born on February 13, 1929 in Breslau, Germany, to Max and Angelika Gallert. His father died in 1944 and his mother died in 1981. He was taken out of school the year his father died, as were many thousands of “Hitler Youth” and made to dig defense lines along the German – Polish border. He and his mother fled from Germany in late January, 1945, just days before Breslau was surrounded by Russian troups. They spent some time in a refugee camp close to Prague Czechoslovakia. On Gary’s 16th birthday in 1945, they were on their way to visit his uncle in Potsdam. The train stopped 15 miles outside the city of Dresden. February 13, 1945 was the day of one the most horrific bombings of any city during WWII. 130,000 people were killed in the bombing of Dresden that day and Gary said they witnessed the bombing from 15 miles outside the city. He said they were “extremely lucky.” After arriving in Potsdam they registered at the city hall to get food stamps. In April he was drafted into the Reichs Work Force, and one month later he was a POW for the next 16 months. While a POW, Angelika walked back to Breslau, a journey of six weeks. She left Potsdam with a wagon and 3 suit cases and arrived in Breslau with nothing. Upon arriving she was told that large sections of Germany had been given to Poland, that she was now in Poland and was not welcome to stay. About 13 million Germans became homeless and 2 million died while leaving their home land. He and Angelika immigrated to California in November of 1949 and he met Annerose on the beach in Santa Monica in 1951. Three years later she would become his wife but first he served a stint in the US Army Psychological Warfare Center in Fort Bragg, NC. After his honorable discharge, he returned to CA and married Annerose in November of 1954. Because of his service in the Army they were able to purchase their first home in 1956 and it was there, in Monterey Park, that they started their family with the birth of their “precious” daughters Barbara and Susie. Gary attended Business College at nights for five years to become an accountant and worked from 1968 until 1990 for the Franchise Tax Board, retiring as an Administrator. Gary and Annerose moved to Murrieta in 1989 when there was only one stop sign in town and no traffic lights. They enjoyed countless walks in the Nature Conservancy. Living in the Colony has allowed us to lock our doors twice each year and explore the world. Besides a cousin, he says his family here has been their German friends of 50 years. “I could not have a better friend and wife than Annerose, nor better daughters than Barbara and Susie. Our precious granddaughters Rachael and Lauren added sunshine to our life. It has been a wonderful life, but the time has come to say to all, Farewell.'