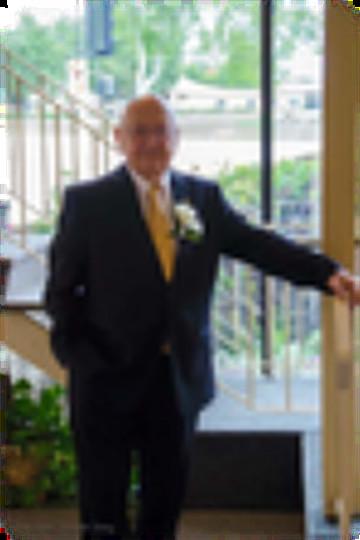 Howard was born to Paul and Ilene Boucher, in Montreal, Canada November 28, 1931. He was the middle child of 3 children: Pauline, himself and Victor. Pauline preceded Howard in death and Victor resides in Prescott Valley Az. Howard joined the Canadian Navy when he was 17 and he fought in the Korean War. Howard was so proud of the time he served in the Canadian Navy that he had an anchor tattooed on his arm to show his pride. Howard also developed a passion for boxing in the Navy and we were told that he was very good. We heard many War stories throughout the years and there was always reference to the Ship he worked on called the “Nootka” and his boxing. He had a picture of the Nootka proudly on the wall of his office at home and he spoke of it often. After the war, he decided to venture into the Elevator construction business. This was a very lucrative career for him but after one freezing cold winter he decided to move with his first wife and their children to Sunny California. Howard was quite a salesman and could “sell ice to an Eskimo” as they say, so it made sense for him to go into the Real Estate business where he was very successful. Howard then met his wife of 30 years, Diane, and they married in 1984. He was quite a dancer and he literally swept her off of her feet. Dancing was a love of theirs and they did it often until most recent years when the pains of old age prevented them from dancing anymore. Howard and Diane built a beautiful life together, filled with God, family, love, and a very successful Notary business. Howard continued to participate in the Notary business up until the last few months of his life. Howard is survived by his wife, Diane, and their children: Tina, Renea, Vicki and Scott. He also has 10 Grandchildren and several great-grandchildren that were the lights of his life. He loved watching his children and Grandchildren grow and being a part of their Birthday parties, Weddings, Pool parties, etc. He was very funny with a huge heart and his family is feeling the great loss of his presence. He is now in the loving arms of God….Rest in Peace…We love you