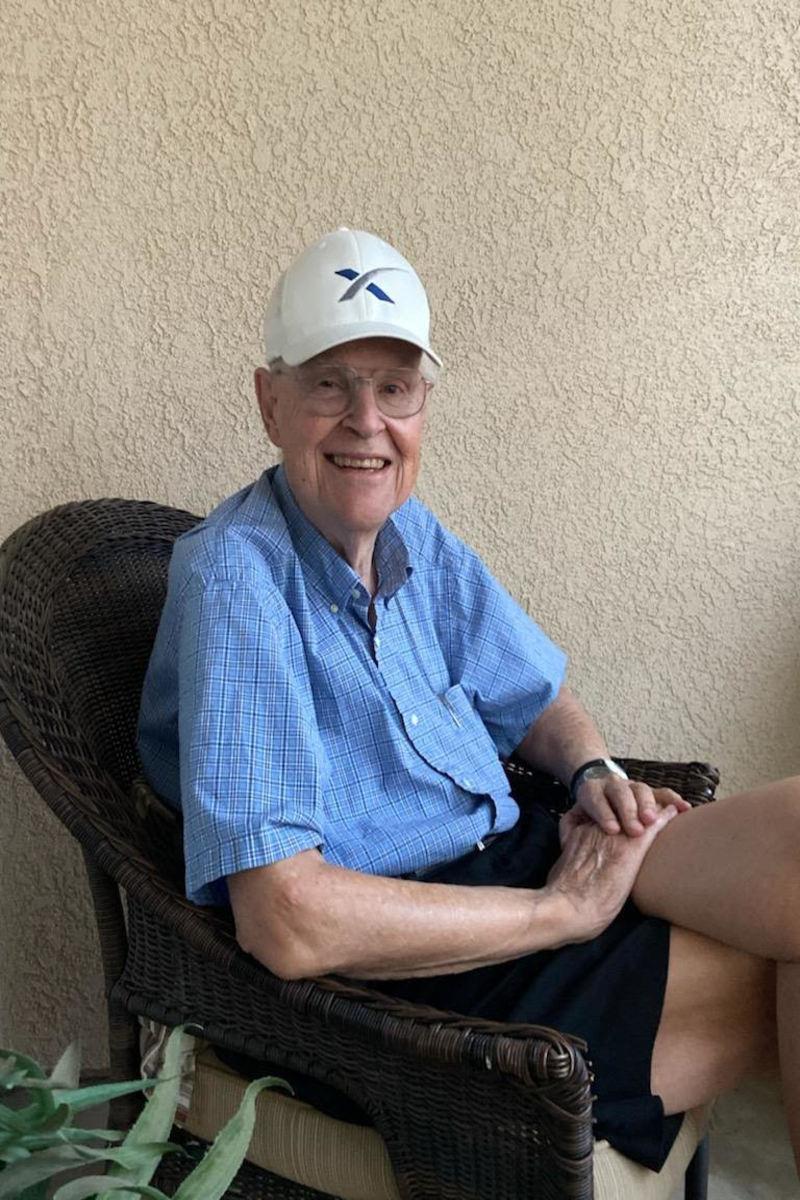 Ivan passed away, peacefully at the age of 86, on February 21, 2022. He was born on June 5, 1935 in Rushville, NE to Monroe Theodore and Dorothy Louise (Dalrymple) Bay. He grew up in Seattle, attending Ballard High School, where at 6’ 7”, he was a star center on the Beaver Basketball Team. After High School he pumped gas for several years, earning sufficient funds to finance his college education. He graduated from the University of Washington in 1961, earning a bachelor’s degree in Business Administration, while working full-time. He then joined Aetna Life Insurance Company, relocating to Hartford, CT. He and his first wife, Bonnie, later moved to Richmond, VA where Ivan joined the Bank of Virginia as an Employee Benefits Officer, and raised his two sons, Kevin, and Greg. Bonnie passed away when the boys were very young. He was a single father, until in 1981 when he married his second wife, Marlys. They lived happily together until her passing in 2008. Ivan and Marlys moved to Temecula in 1994, where Ivan became a school bus driver in the Temecula Unified School district. After Marlys’s passing, he became reacquainted with Carolyn Isaac, a Richmond, VA neighbor who had helped him raise his boys, after Bonnie passed away. Both were widowed and became loving companions until her passing in 2020. Ivan is survived by his sons, Kevin (Sarah) and Greg; his beloved sister, Wanda; her son’s Norm and Larry; his nephews Francois “Kiki” and Phillippe, sons of his deceased brother, Richard “Dick”; John Levy and Robert “Hugger” Bray, Marlys’s sons; his brother and sister- in- laws, George and Petra Bray, and Butch Isaac, Billy Isaac and Becky Gurley (Joel), Carolyn’s children, as well as, and Kimberly Bay, his only natural grandchild. Additionally, there are numerous neighbors, school kids, and acquaintances who will greatly miss this happy fellow who loved everybody he met. Ivan was an avid fan of local, national, and international sports teams throughout his life, particularly the Seattle Mariners and California Angels baseball teams.