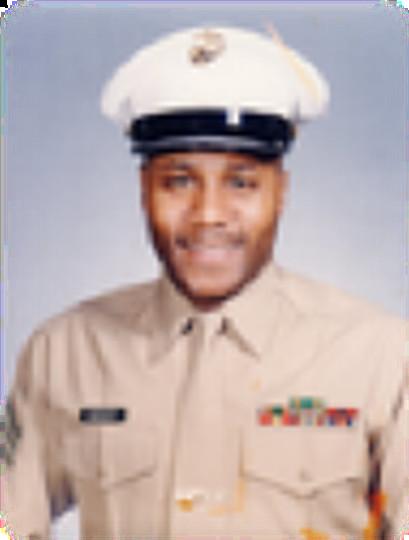 Mr. James Lewis Huguley III was born September 12, 1956 to James Lewis Huguley Sr. and Alene Huguley of Detroit, Michigan( Both parents preceded him in death). James was the fourth child of five children. Sister Linda and Son Martez (preceded in death). He received his education from the Highland Park Public School System to graduate with honors in 1974. James also attended Wayne State University in Detroit Michigan. James worked various jobs after high school until he began his career with the United States Marine Corp in March of 1980. While serving in the United States Marine Corp James met and married Vanessa Gail Poe of Joliet Illinois. In this union two children were born James L. Huguley IV and Arthur Jamar Huguley. Son Tony Knox in which James raised as his own. In March 1991, James was one of the top recruiters with the Detroit Recruiting Sub Station in Southgate, Michigan. During this time of his military career, he had the opportunity to mentor and recruit young men into the United States Marine Corps. James’s military commitment awarded him with many opportunities to see the world and educational advancement. James studied Business Management at University of California and obtained his Bachelor of Science Degree from the University of Maryland. James also was accepted under the charter of the Torii Lodge #46 Okinawa Japan MWPHGL Washington State. In May of 1998, His various military tour duties landed him and his family around the world from Okinawa, Japan, Kuwait, Kenya, and Hawaii. While continuing his military career, James departed from Detroit and was stationed at Camp Pendleton in Oceanside, Ca. James and his family settled in Temecula, California and lived a fruitful life. MSGT James L Huguley spent 25 active years of service in the US Marine Corp, serving his country with honor and integrity. While completing his military career, James met the love of his life Cheryl Floyd, whom he later married. He was a positive influence on his stepdaughter Natasha English. James enjoyed spending time with his grandkids, and traveling. He enjoyed having Holidays dinners with the family. James health started declining in 2014, a proud man he didn’t complain or give in to his illness. He confessed his faith at an early age. James attended The View Church in Temecula, Ca. James loved life and lived it till the end, he was a sharp dresser very particular about his appearance, and always kept his cars clean. Everyone loved him, he was the the life of the party with that magnificent smile and charm. To cherish the memory of James, he leaves his wife Cheryl Huguley, sons, JL and Jamar, Tony Knox, daughter Natasha English, 6 grandchildren, Duwian, Tiana, Janiyah, Anthony, Jakylah, and Averi. Two great grandchildren Aubrey, and Kiyan. Three siblings, Joanne Bloom, Baatin Hasseb, Vickie Huguley, and a host of nieces, nephews, cousins and loving friends.