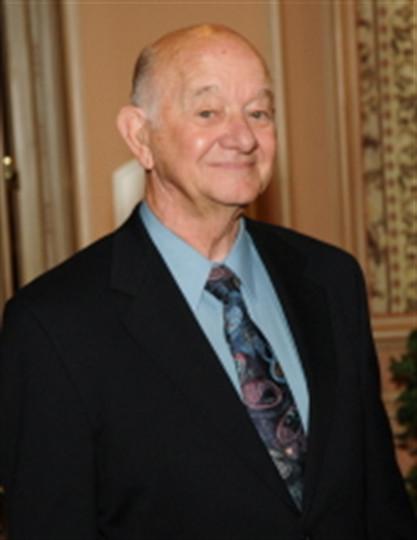 John “Jack” Hall Jr., 82, of Murrieta CA went to be with The Lord peacefully, in his sleep, on January 16th, 2019 at Pacifica Senior Living in Riverside CA with family at his side. Jack was born June 15th, 1936 in Stamford CT to parents John “Jack Sr” & Pauline (Askew) Hall. As a young boy Jack moved with his family to Long Beach CA. After graduating from Gardena High School in 1954 Jack began his telephone career with Pacific Telephone as a lineman where he worked his way up to senior management before retiring in 1985. He continued working in the industry as a sales consultant until 1999. On April 3rd, 1955 he married Bobbie Williamson in Phoenix AZ. Jack moved his young family from Gardena CA to Huntington Beach CA in 1962 where he became a member and eventually president of the Jaycees. Jack cherished being with family and friends and was very fond of the friendships made attending First Southern Baptist Church of Fountain Valley. Jack’s hobbies included model airplane building, wood working & wood carving, and researching the family genealogy with his sister Dale. He is survived by sons Michael Hall & Ronald Hall, daughter Rhonda Collins, brother Donald (Sherrie) Hall, sister Dale Hall, his grandsons Ryan Hall and Gregory Hall along with many loving nieces, nephews and extended family. He was preceded in death by his parents, Jack Hall Sr. and Pauline Shaw, his beloved wife Bobbie Hall (2013), his sister Nancy Mayall and his son-in-law Philip Collins. Jack was a loving father, husband, grandfather and friend to everyone. He always had a smile and a kind word to share with you. He made it a point to personally thank the men & women in uniform and first responders for their service and reminded them to always stay safe. A celebration of life service will be held for both Jack and Bobbie at 11:00 AM, Saturday, February 23 at England Family Mortuary, 27135 Madison Ave, Temecula, CA 92590.