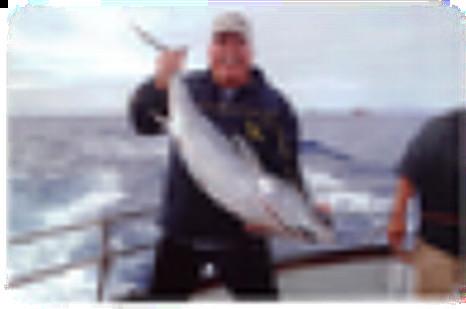 John, “Johnny,” Robert Fuller, resident of Temecula, California, passed peacefully to be with his Lord and Savior, Jesus Christ on Friday, March 21, 2014. Johnny was born May 3, 1964 in Columbus, Ohio. His family relocated to San Diego when Johnny was three. He loved spending time at the beach and playing a variety of sports. He excelled in baseball and later coached his boy’s teams in Temecula. Johnny loved the outdoors and was an avid gardener and fisherman. He enjoyed spending time with his family including his boy’s various activities, Boy Scouts and sporting events. Johnny started his masonry contracting business in 1991, and became a master craftsman at his trade. Johnny is preceded in death by his mother Norma Dahl and father Raymond Fuller. He is survived by his brother David (Linda) Fuller and four sisters, Sandy Baxter, Deborah Kohler, Linda (Michael) Sweeny, Mary (Steve) Lyons, brother in-law Kurt (Stacey) Kohler, as well as in-laws Dwight and Nancy Dauphin, brother and sister in-law David Dauphin and Vickie Jagger, along with numerous nieces and nephews. Johnny is survived by his wife, Pamela Fuller, son, Jack Fuller and son, Noah Fuller of Temecula, California. A memorial service will be held at Crosspoint Church, 28753 Vía Montezuma, Temecula, California on Saturday, March 29 at 10:00 AM. Memorial donations may be made to the Temecula Valley High School Golden Bear Foundation, www.tvhsgoldenbearfoundation.com . Specify in memory of Johnny Fuller, and designate “Wall Project” or TVHS Wrestling in message box.