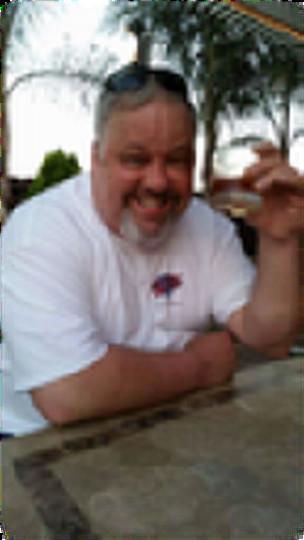 Joseph F. Manley III passed away after a courageous battle with colon cancer on March 1, 2016, in Riverside, CA. He was born on April 11, 1960, in Baltimore, MD. Joseph is survived by his wife Pam, daughters ~ Amanda ~ Amber, son-in-law Daniel ~ Taylor, and his chocolate Labrador, Cisco. Joseph graduated from Patapsco High School and Center for the Arts in Maryland. He joined the United States Marine Corps. He then settled down in Oceanside, CA, and later moved to Temecula Valley, CA. He was an IT Tech and loved his job. He was a hard working man who loved family time. He enjoyed camping and fishing. He loved to BBQ and have family game night or movie night. He enjoyed golfing and old car shows. He loved riding his Harley Davidson. He always had an interest in something and the will to challenge himself to learn something new, like playing the guitar or piano. He enjoyed a good bourbon and singing karaoke at the Moose Lodge. He enjoyed watching sports, especially football. Joe loved animals, especially his Labradors. His soul mate and wife at the end of his life was Pam, whom he married in July of 2007. She stayed by his side until the very end.