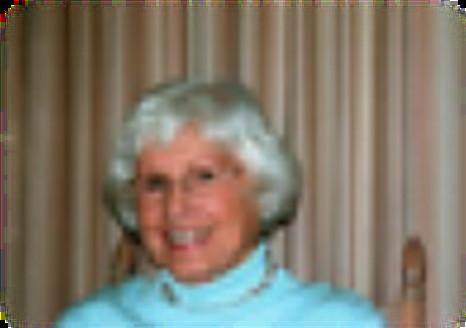 June Buhler, 81 years old, was born in Conrad, Montana and grew up in the nearby town of Brady. She was an only child and lived on a wheat farm with her mother, Emma and father, Joe Nelson. June hauled wheat with her dad as a young girl, and even after she grew up and moved to California, continued to return every summer to help him with the harvest. June grew up with horses, barns and tractors. Her family didn’t have indoor plumbing until she was in elementary school. Growing up on the farm, there weren’t other children around…June learned to love animals; a favorite cat, Henry, and a beloved dog, Patsie. She rode her horse to school. In the 1940’s she went to Conrad High School. She was a cheerleader and sang in the school chorus. One of her high school sweethearts didn’t return from the war. June felt hardship early in her life, and these events shaped who she was. After graduation in 1950, June moved to Southern California. Enrolling in a secretarial course allowed her to find office work. She worked in law firms for different lawyers. She was a model too. Soon she met and married Jack Probst and had 2 children, Lorna and Cris. Jack succumbed to melanoma at a young age in 1964. June met Paul Buhler and fell in love again. June and Paul were married for 46 years. She had one more daughter, Amy, in 1970. They lived in Tustin, California for 22 years. June was very involved in Jack and Jill, a non-profit organization that raises money for CHOC hospital. In 1982, they moved to Temecula where they bought an avocado grove. June and Paul managed the grove for many years. June and Cris, her son, would walk the grove every day to protect the irrigation lines. This was good work that June loved and cherished just like harvesting wheat with her father as a child. June’s years in Temecula were fruitful. She joined the Women’s Club and introduced the first Holiday Home Tour, which is having its 28th year this Christmas! She was the president of Sharp Temecula Valley Auxilary, which eventually opened Rancho Springs Hospital. She was also involved in the local Republican Women’s Club. In recent years, she loved her “lunch bunch”, book club and Bunco group. Most of all she loved her husband, Paul, her family and living on the avocado grove. She is survived by her children: Lorna, Cris and Amy and grandchildren: Luke and Calvin. June will be sorely missed…She was a strong and vibrant person. She was very connected to the land and nature and her faith in God. She is finally “home” now forever with Paul in heaven. A memorial service will be held on Sat. Oct. 6th at 11am at the England Family Mortuary in Temecula, CA. Reception to follow. Burial Service will be on Tues. Oct. 9th at 10 am at the Laurel Cemetery in Murrieta, CA.