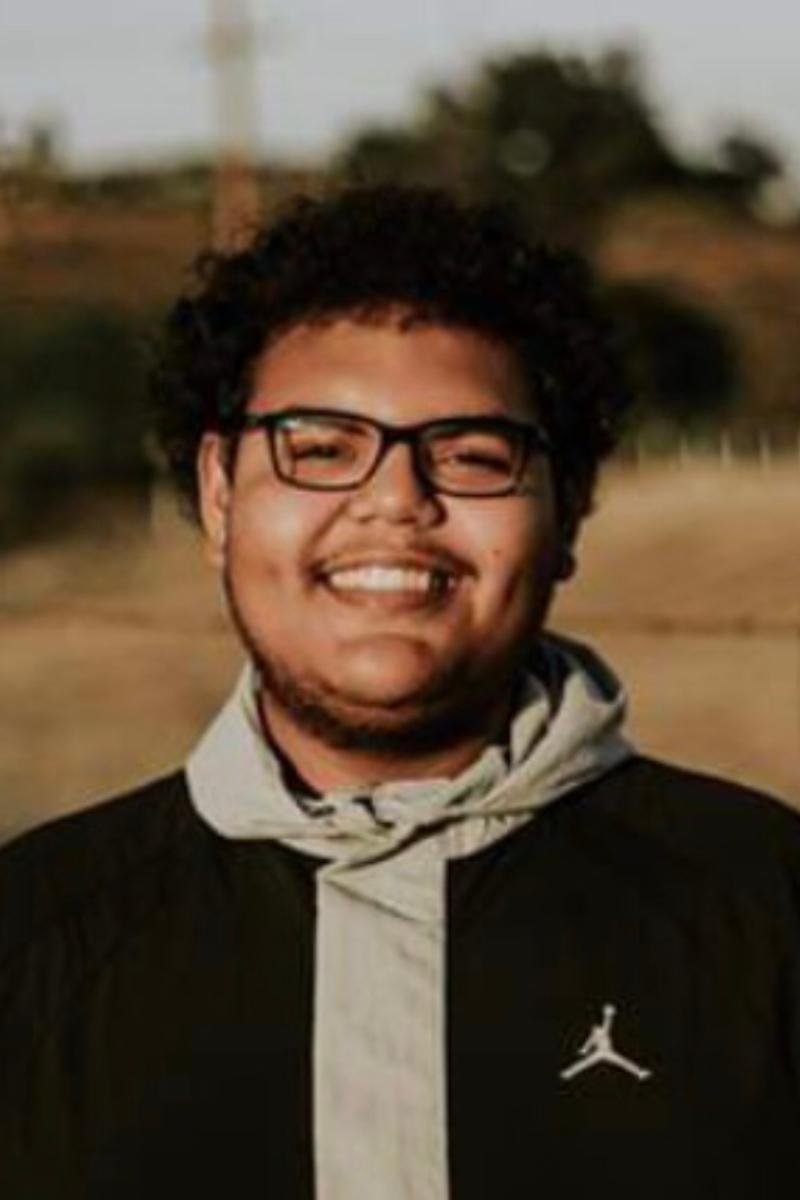 Kanon Isaiah Marcell Adams was born on January 17, 1997 in Casa Grande, Arizona. He passed away peacefully in his home, in Murrieta, California, on November 3, 2021 at the age of twenty- four. From the beginning, Kanon brought joy and love into the lives of everyone who met him. He had a contagious smile, with signature dimples and a head of dark curly hair. Kanon loved baking cookies, family parties, amusement parks, airsoft, concerts, fast cars, the beach and camping. He loved family vacations and had many adventures visiting lakes and waterfalls in Oregon, hiking the canyons in Utah, swimming in Hawaii and white water rafting in Northern California. As Kanon grew up, he was known for being kind, respectful, generous, and protective. Kanon would go out of his way to spend time with all of his family and tell them how much he loved them. On any given day you would find Kanon playing video games with his siblings, cooking barbeque with his dad, helping his grandma, taking his Uncle Randy on a car ride or taking his cousins to the mall and letting them pick out any gift they wanted. Kanon was the oldest grandson, son, brother and boy cousin of his generation. All of the younger kids looked up to Kanon and he always watched over them. Kanon is survived by his parents Half Moon and Emily Adams, siblings Ava Ree Van Pelt, Winter Rose Adams, Liam Half Moon Adams and Joseph Furious Adams; grandmother Ledonna Denyse Moose; Great Uncle Randy Ryal; Great Great Aunt Bernette Powell, Great Great Aunt Lucille Leake, Uncle Brent Lerma, Uncle Joseph Moose, Aunt Melyssa Moose, Uncle David Telly, Aunt Katie Rico Moose, Uncle Jose Rico, Uncle Darrell Moose; cousins Haiwee Ramon, Desiree Telly, Joseph Telly, Maddox Moose, Cian Telly, Lucian Rico, Tristen Rico, Troy Little Boy, Easton Moose, Grace Rico, Ethan Rico, and Aria Moose. He had a loving extended family which included Gaylene Moose, Misty Van Pelt, Alexander Dennis, Jacqueline Torrez and many more cousins and friends. Kanon was a proud member of the Luiseno Band of Pechanga Mission Indians. While the cause of Kanon’s death is presently unknown, he will be forever young and forever in our hearts. Funeral arrangements were entrusted to England Family Mortuary, Inc.