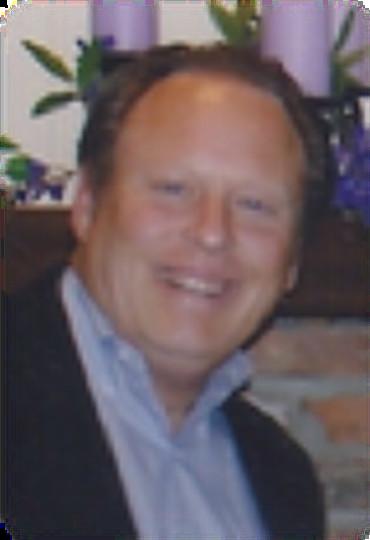 Temecula resident, Kevin Lein, died suddenly on Saturday, September 7, 2013 at the age of 58. Kevin was born in Waukon, Iowa on December 31, 1954. He was baptized and confirmed in his Christian Faith. Kevin is survived by his wife, Barbara; daughter Andrea (Danny); son Jesse (Michelle); parents Bob and Jan; sister Karin (Tom); and five grandchildren: Otis, Zora, Conner, Alex, and Joslyn. Kevin had a remarkable career in radio broadcasting spanning 42 years, his last seven years at Clear Channel in Temecula. Graduating from Austin High School in Austin, Minnesota in 1973, Kevin pursued his dream in broadcasting, receiving his First Class FCC License and earning his degree from Brown College in Minneapolis, MN. During his career, he received an Executive Management Certificate from Notre Dame University. He worked for many different Broadcasting Groups in several states. His first job was in Vicksburg, MS, then on to Gulf Coast outside of New Orleans. Next he moved to Waterloo, IA for six years, nominated one of top three radio personalities in a six-state area. He served as program director and morning personality in Kansas before moving to Florida in the same role. In Florida he did TV commercials and was advertising director for Auto Mega Group in Gainsville, Orlando, and Jackson, MS. He was general manager of a country station in Gainsville when the station sold. He then moved to Monroe, LA working for Bob Ingstad on a project called “Get Wild Midwest Celebration.” Eventually Kevin moved his family to Mason City, IA where he worked as General Manager for Jim Ingstad Broadcasting, helping to kick off The Country Moose. He became group head of stations from Mason City to Fargo to Mankato and Faribault. He also owned a station in Ida Grove, IA and sold it just prior to joining Cumulus Broadcasting. He lived in Minneapolis as one of 5 Corporate Directors of sales in the nation for Cumulus Broadcasting, covering 10 markets. Kevin married Barbara in April of 2000, they traveled to Paris, Venice, Washington DC, Amsterdam and Norway. During this time he met Randy Merren, owner of Hurley Entertainment and Radio Stations on Grand Cayman Island. Kevin helped Randy kick off the Country Rooster on Grand Cayman. He moved on to become Director of Sales for a 5-station cluster owned by Wilks Broadcasting in Des Moines, IA., becoming a finalist in 2004 as one of five for the Radio Wayne Awards Director of Sales for the year with Radio Ink. He then moved to Richmond, VA and became Market Manager for MainQuad Communications. When the stations there sold, he moved to Bakersfield, CA and was Regional Manager over 12 stations owned by the Cesar Chavez network from Phoenix to the Tri-State area of Washington. Eventually Kevin moved to Temecula, CA to enjoy the sunny California climate working for Clear Channel until his untimely death. Aside from his career in radio broadcasting, Kevin was an avid scuba diver and certified instructor. He was also a magician member of the world famous Magic Castle in Hollywood and performed magic at the Ronald McDonald House in San Diego. Kevin also served in his church as a Stephen Minister. Kevin was a loving husband, son, father, and grandfather. He will be sadly missed and remembered by his family and friends. He is preceded in death by grandparents, Leonard and Thelma Larson and Arthur and Sophie Lein. He is also survived by several Aunts, Uncles, Nephews and Neices. A celebration of Kevin’s life will be held at Trinity Lutheran Church in Temecula, CA on Wednesday, September 11, at 11:00am. A second celebration of life will be held at Immanuel Lutheran Church, Cresco, IA at 11:00am on Friday, September 13. He will be buried at Fremont Cemetery near Cresco. In lieu of flowers family suggests memorial donations be made to the CHILDREN’S MIRACLE NETWORK in Kevin’s name.