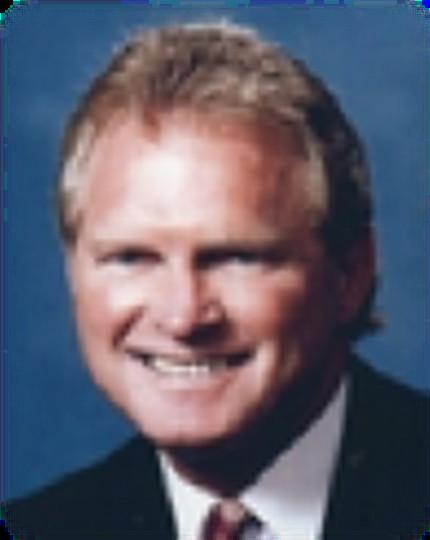 Leslie Jones passed away at his home after a brief illness. For over three decades, until his retirement in 2005, he practiced law from his offices in Brea, La Habra, and Fullerton. While maintaining a busy law practice, he contributed his professional, personal, and financial resources to causes that enhanced his community. He served as President of the Brea Chamber of Commerce, President of Brea Lions Club, and was a member of the board of directors of Founders Bank. Working within the organization, Help For Brain Injured Children, he was instrumental in creating their public service campaigns. He was a leader in local, regional and state politics. A family law specialist, Les was a formidable advocate for his clients, and frequently found himself working on unusual cases. One of his clients was involved in an early pet custody argument and as a result of the decision, both Les and his client made the news. Born in Bearden, Arkansas, known as 'Leslie Ray' to his Southern relatives, he was the grandson of a sharecropper-turned-gentleman-farmer and the son of evangelist, Reverend Raymond D. Jones and gospel singer/recording artist, 'Sister Fern' Jones. Touring the Deep South with his performing family, he attended schools in Arkansas, Georgia, Texas and Louisiana, before moving to California. He was a graduate of Herbert Hoover High in Glendale, where he played basketball. He served in the United States Navy on the destroyer, Lyman K. Swenson and after his tour of duty in the Far East, he attended California State University at Long Beach, transferring to USC, and graduating from Southwestern School of Law. Leslie was an appreciator of the creative process and a lifelong supporter of the arts. As a boy, though he was raised on country music, gospel and rockabilly, he discovered jazz and it remained his favorite music for life. While his parents performed gospel on their own radio show in Louisiana, he convinced a friend at a rival radio station across town to let him play jazz records late into the night. In Southern California, he frequented jazz clubs and concerts, persuading friends and family to listen to his latest discoveries. His music collection was extensive and included music from every genre. Because of an uncanny mechanical aptitude, as a very young boy, Leslie took on the job of maintaining the family's musical instruments and audio equipment. He was fascinated with the the way things work, and the sound of an engine was music to his ears. He flew his own plane, raced motorcycles, and drove a succession of exotic cars. He loved being near the water, and was a certified scuba diver. An expert fly fisherman, he made annual trips with his fishing buddies (always catch and release.) He was equally passionate about sports - especially the L.A. Kings. With his sons, he held season tickets, traveling on 'away' trips to follow the team. Leslie was an excellent Southern cook who loved kibitzing in his spacious kitchen, with music turned up loud and the blender churning out Margaritas. He tried his hand at wine-making, and in quieter moments, he remained a voracious reader, and tried never to miss a colorful sunset, preferably with a view of the water, a glass of wine and a good cigar. He was a tall and charismatic figure, with a reputation as a fashionable dresser. As imposing as his physical presence was, he instantly warmed a room with his trademark grin and distinctive laugh. Leslie Ray's memory will be cherished by friends and colleagues and he will live forever in the hearts of his family members, who include wife Terri, children Kelleen, Jeff, Greg, Tracy and T.J., grandchildren Chelsea, Brooke, Kimberly, Connor and Gracie, his sister, Anita, niece Cathleen Fern, grand-niece Caedan Ray, and many aunts, uncles and cousins. He recently said that if he had another life to live, he would choose to work as an unpaid intern at a jazz radio station. To honor Leslie Ray, a donation to the arts, in his name, is suggested. A private service was held and his ashes will be scattered at sea.