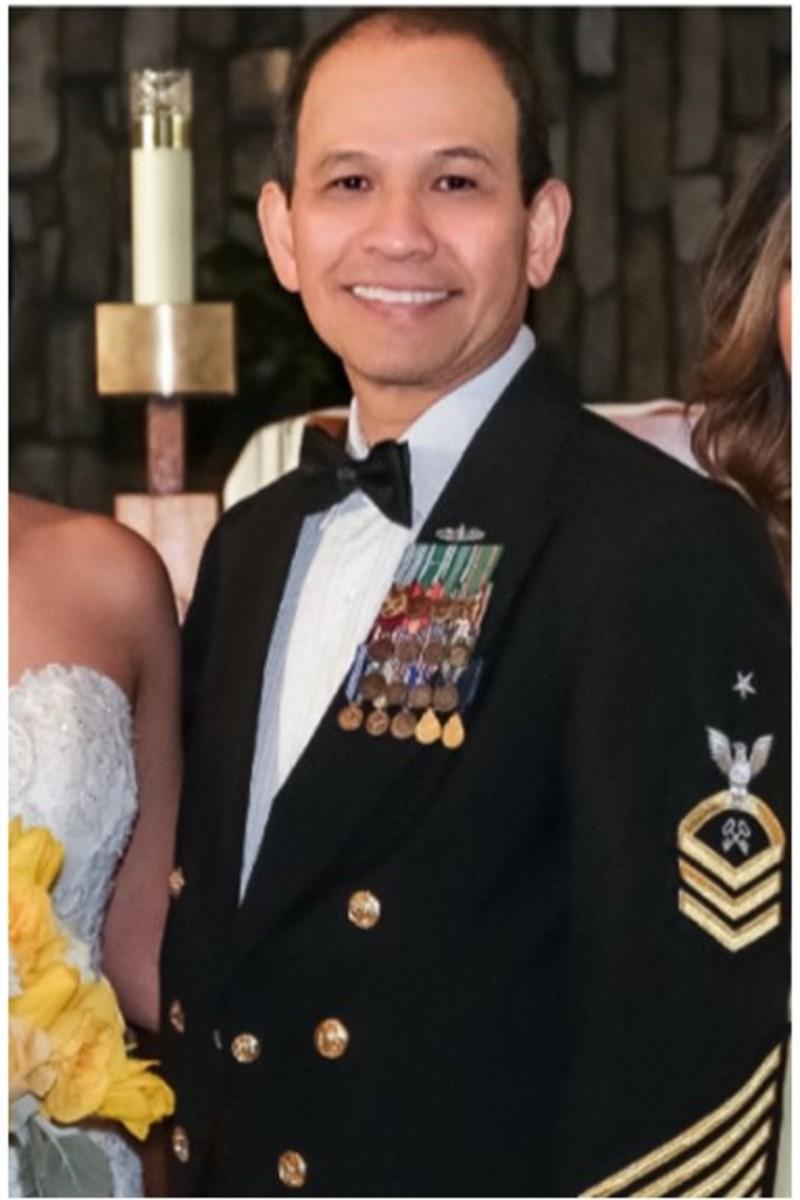 In honor of Lieland Jaravata, a loving son, husband, father, brother, and friend. Lieland was born on April 1, 1964 and passed away surrounded by family on February 13, 2022. He was born in Pangasinan, Philippines to Bonifacio and Marcelina Jaravata and was the youngest out of five siblings. Joining the United States military at 24 years old, Lieland retired after 26 years of service where he was stationed in many places such as Hawaii, Japan, Kuwait, Bahrain, Afghanistan, and settled in California. He loved to share his travels around the world and made many lasting friendships along the way. A devoted Christian, Lieland was the head of the Hospitality Ministry where he would greet members, old and new, welcoming them into church with the biggest smile every Sunday morning. He loved listening to renditions of Christian songs by Don Moen. To his friends, Lieland was always the life of the party and loved to karaoke, especially to songs by the Beatles, Journey, the Bee Gees, and the list goes on… You could always catch him dancing or chatting it up with friends at a party. He has been happily married for 33 years to his high school sweetheart, Alma. They have two daughters, Lexan and Alexis, whom Lieland loved to spend time with and tell his corny dad-jokes to. Lieland’s family was his pride and joy and he definitely enjoyed having the title of “Girl Dad”. His best friend was actually their Shih Tzu dog, Charlie. Cooking, cycling, and watching action movies were some of his favorite things to do. Lieland was the best father and husband and will be dearly missed by many, but we will keep him in our hearts forever. He is survived by his wife, Alma Jaravata; daughters Lexan Luna and Alexis Jaravata; parent Emilia Jaravata; and siblings Wilma Calantas ,Zenida Rabe, Joni Jaravata, Noel Jaravata, Teresita Jaravata, Delia Cruz, and Rodolfo Jaravata.