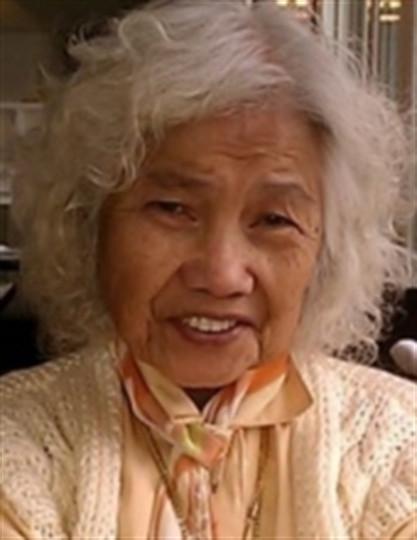 Magdalena (Nina) Ermosilla Durfee died peacefully surrounded by family on December 6th in Temecula CA at the age of 82 Nina is survived by her Sister Veronica (Lily) Mia of San Diego, Son & Daughters Charlene (Tom) Gordon Virginia, William Jr (Sofia) San Diego, Evelyn (Frank) San Diego, Cindy (Mark) Hyde Chula Vista, Amy June (Randy) Chase Temecula, 14 Grandchildren & 4 Great grandchildren and a very large extended family. She was preceded in death by her Husband of 59 years William James Durfee, who passed away January of 2016. They are both joined again with the Grace of God. May they rest in peace. 8 siblings of Olongapo Philippines, Baldionier Ermosilla, Silverio Ermosilla, Rosita Ermosilla, Gliceria Malong, Roaslina Ignacio, Marquita Liwanag, Diego Ermosilla, and Pedro Ermosilla Jr. Nina was born in Olongapo Philippines on August 5th 1935 to Pedro Ermosilla and Marcela Elduag ,she graduated from the Naval Reservation Jr College in Olongapo. She married William J Durfee in 1958 a Navy Seabee / MP in the Philippines then moved to Bath Maine in 1960, then they moved to California in 1963, then Oahu Hawaii 1965 until 1970 before settling in Otay Mesa for 45 years. Nina was active in her Parish at St Charles Church in Imperial Beach for over 40 years. She managed the Religious articles store for years and taught Religious studies with her daughters as well. Nina was a life long homemaker and was proud of all of her children’s and Grandchildren’s accomplishments, having been a stay at home mom and guiding their young lives. Nina was well known for her great cooking skills of homemade Philippine and American foods and her family famous Bread. She and her husband were world travelers and she collected various small “Rocks” from Castles throughout the world. We will all remember her gracious smile and warm hugs as she always had both waiting when you came to her house. A Funeral Mass is scheduled for This Thursday at 10:00am at St Charles Church 990 Saturn Blvd, San Diego Ca 92154 with a Reception to Follow at the church hall. All are welcome to attend and celebrate Nina’s Life, In Lieu of flowers, send donations to Alzheimer’s San Diego at alzsd.org 858-492-4400.