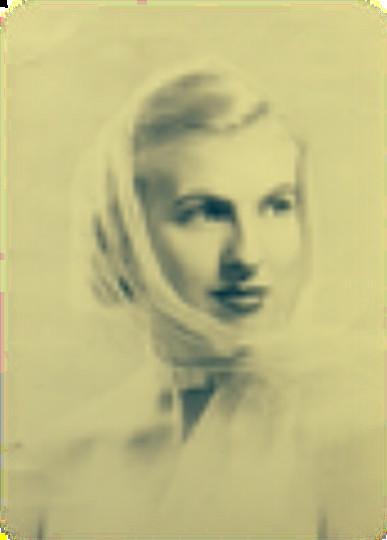 Marilyn Tucker-Beesemyer, a beloved mother, grandmother, great-grandmother, sister, and friend, died peacefully at home on Wednesday January 20, 2016 of cancer. Marilyn was born January 19, 1932 in Logan, Utah to Mabel LaVerne Black and Williard Owen Lamborn. Her family moved to Idaho Falls, Idaho in 1936 and then to Ogden, Utah in 1942. Marilyn graduated from Ogden High School in 1950, from Weber Junior College in 1952, and from the University of Utah in 1954 with a degree in Language Arts and a High School Teaching Certificate. In 1955 Marilyn moved to Washington DC where she worked briefly in the Senate before taking a permanent secretarial position with Congressmen Dawson of Utah, a member of the U.S. House of Representatives. She loved her time in Washington DC. In the spring of 1956 Marilyn was called on a 2-year mission to France, Belgium and Switzerland by the LDS church. Towards the end of her mission she was asked to serve an additional six months in Marseille. She completed her mission in September 1958. Soon after finishing her mission Marilyn left the church. In November 1958 she married William Preston Tucker and they moved to Mexico to live a life much like her pioneer ancestors. She had eight children including one set of twins in Mexico. After living in Mexico for eight years she and her husband Bill decided to move back to the states. In July 1967, before the move was complete, Bill passed away. With her eight children, all under the age of eight, she finished the move to Buena Park, CA to start a new life. The next many years were the hardest years of her life. Newly widowed and having lived outside the USA for most of her adult life Marilyn needed to find a way to support her family. Her secretarial skills from her days in Washington proved valuable when she got a job working part time for a secretarial service. She also went back to college doing post graduate work at Cal State Fullerton to earn a Masters Degree and reactivate her teaching credential for California. Over the years she worked many different jobs. Marilyn never did accept a full time teaching position. Instead, one of her secretarial jobs led to managing a large commercial property. This led her to buying and selling real estate. During these years Marilyn met and married Jay C. Beesemyer from Los Angeles. Jay died of cancer in 1984. Marilyn lived in Buena Park for seven years before moving to Corona where she finished raising her family. In 1990 she moved to Temecula and a few years later to Murrieta. Marilyn’s greatest joy in life was her children. She took great pride in each one. All eight of her children graduated from college or university and some obtained higher degrees. They all enjoy successful lives and careers. During the final weeks of her life, all eight of her ‘kids’ came home to take care of her. The children she raised and cared for became her caregivers. Right up to her last breath she was surrounded by love. Surviving family include her eight children: Wm Aaron (Diane) Tucker of Rockport TX, Miriam (Don) Tucker-Barnes of Corpus Christi TX, Wm Joshua Tucker of Lake Elsinore CA, Johanna Zeitman of Murrieta, Wm Seth Tucker of Lake Forest CA, Zipporah (LeRoy) Watt of Corona CA, Naftalia Tucker of Camarillo CA, and Wm Nathaniel (Sarah) Tucker; Her sister LuRee Seng of Corona, CA; fifteen grandchildren and three great-grandchildren. She was preceded in death by her two husbands, her parents, and her sisters Carol Jensen-Becker and Maxine Lamborn. A Funeral Service will be held Sunday January 31, 2016 at 1pm at the England Family Mortuary 27135 Madison Ave, Temecula, CA. There will be a viewing from 11am to 1pm. A second Funeral Service will be held Saturday February 6, 2016 at 2:00pm in the chapel at Lindquist’s Ogden Mortuary 3408 Washington Blvd, Ogden, UT. There will be a viewing from 12pm to 1:30pm. Graveside services will be held at 2pm at Washington Heights Memorial Park 4500 Washington Blvd.