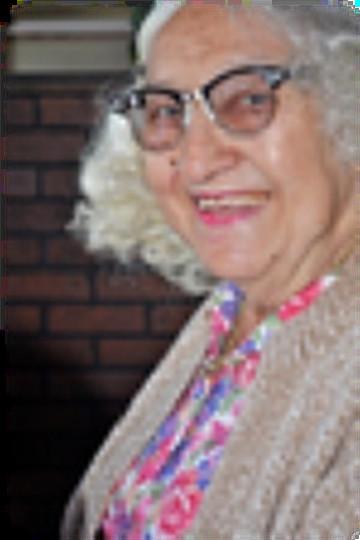 Mary Boyd died on December 28, 2011, at the age of 86. A celebration of her life will be held at England Family Chapel on Tuesday, January 3, 2012, at 10:30a.m. She will be buried in Norwalk, Connecticut. Mary Csutor was born January 25th, 1925 in South Norwalk, Connecticut to two Hungarian immigrants. She was one of many children and grew up speaking Hungarian and English. Life was hard for the family during the Depression, where both food and work were both hard to come by. She grew up without many of the comforts that we take for granted. She and her siblings all quit school early to help provide for the family. She developed a love for music during the years she worked for an opera singer. Later, during World War II, she worked at a defense factory assembling nose cones for bombs to support the war effort. In 1949, she married her childhood friend, Charlie Boyd. After living and working in Connecticut for many years to save up enough money, she and Charlie moved to California to purchase their first home. Charlie got a job working for the Space Program at Rockwell, building the Apollo space capsules and later the space shuttles. In 1964, Jim, their only child, was born and her years as a homemaker began. She loved to cook, clean, and work at home. Shortly after Jim was born, she started a childcare business, offering affordable childcare for families in the community. She became known as the “block mom,” where all the children loved to come and play and visit with her. She was well loved. She loved making peanut butter and jelly sandwiches and squeezing the lemons in the back yard into fresh lemonade for all the kids. To this very day, when Jim’s childhood friends call, one of their first questions is always, “How is your mom?” As a family, they enjoyed frequent camping trips, visiting many different places in California. One of their favorite camping spots was Lyon’s Lake in the high Sierras of Northern California. Mary enjoyed making gallons of her famous spaghetti sauce ahead of time, so if the men came back without fish, they could always enjoy her spaghetti and homemade cookies. As they aged, Mary and Charlie used to enjoy day trips to Solvang, the Renaissance Fair, Oktoberfest, and many other places of interest. Mary enjoyed crocheting and selling her thick, multi-colored socks throughout the community. After Charlie’s retirement, they enjoyed driving across country to visit and sight-see all up and down the East Coast. In 1992, she gained a daughter when Jim married Stephanie. She enjoyed sharing all her recipes with Stephanie and Stephanie really enjoyed Mary’s sense of humor and her generous smile. In the next twelve years, she gained five grandchildren: Hannah, Grant, Joshua, Ethan, and James. They filled her life with endless joy. In 2006, Mary’s health failed and Jim and Stephanie were faced with a decision: let Mom enter a nursing home or return to California to take care of her at home. The choice was easy. In 2007, Mary and Charlie sold their home of 57 years and together, with Jim and Stephanie, purchased a home in Temecula. Mary’s constant enjoyment of the children seemed to bring new life and a sparkle to her eye. In 2008, she courageously endured open-heart, triple-bypass surgery. She recovered wonderfully. She spent the last three years of her life enjoying her rose garden, spoiling her grandchildren, feeding apples to their golden retrievers, and attending church with Jim’s family. She adored her grandchildren and enjoyed giving them daily treats when they would come visit her in her room. She was a peacemaker, always enjoying bringing harmony and humor to the home. The day she passed away was a healthy, happy day. She enjoyed a walk with her nurse, visiting with Jim and the kids, folding laundry and doing dishes. She passed away in her sleep, alongside her husband of sixty-two years. She was at peace, no pain, and surrounded by her family. She is survived by her husband Charlie, her sister Margaret, and her son, daughter-in-law, and their five children.