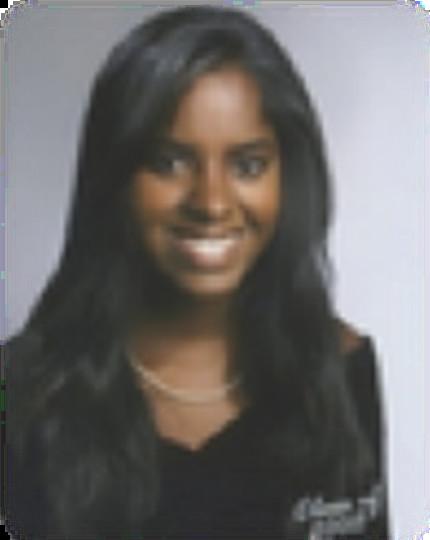 Melody Nicole Davis was born January 19, 1990. She was the fourth child of Roy and Doretha Davis. Melody was born and raised in San Jose, California. She attended River Glen Spanish Immersion School, Kindergarten through 8th grade, where she became fluent in Spanish. Melody later attended Abraham Lincoln High School, 9th through 10th grade.In 2006, she moved with her family to Murrieta, California where she attended and graduated from Vista Murrieta High School in 2008. During her stay at Vista Murrieta High she sang in the choir.Melody put on Christ in baptism at the age of 14 at Central Church of Christ in San Jose, California. She was very active in several church ministries including, but not limited to: Leadership Training for Christ and the Youth LIFE group. Melody has taught Children’s Bible Hour as well as the Adult Ladies Bible Class and nursery. Melody also volunteered on mission trips to Mexico, Brazil, and Moscow where she used the Bible to teach English. After moving to Murrieta with her family, Melody continued to worship God as an active member of Murrieta Church of Christ where she volunteered to coach children who participated in Leadership Training for Christ. Melody also served with the Baja Missions team by traveling to and working with the City of Children in Ensenada, Mexico.After graduating from high school, Melody was accepted into the University of Liverpool (England) where she pursued a bachelor’s degree in English Literature. It was in Liverpool, England where Melody departed this life on October 27, 2010, and began her eternal rest with our Lord. She is survived by her parents - Roy and Doretha Davis of Murrieta, California; two brothers - Allen Davis (wife Kashanna) of Baton Rouge, Louisiana, and Cedrick Davis of Murrieta, California; two sisters - Adrienne Davis of San Jose, California, and Amanda Davis of Murrieta, California; three nieces - Jaela Davis, Kendall Davis, and Avery Davis; one nephew - Donovan Davis, all of Baton Rouge, Louisiana; and a host of aunts, uncles, other relatives and friends, both domestic and abroad.Melody enjoyed reading books, shopping, being surrounded by her family and friends, and traveling to foreign countries to learn about other cultures. Her favorite book of the Bible is the Book of Ruth.Visitation will be held at the England Family Mortuary on Friday, November 12th from 4 – 8pm. The funeral services will be held at Murrieta Church of Christ on Saturday, November 13th at 11:00am. Visitation at the church will start at 10:00 am on Saturday. Memorials: In lieu of flowers the family suggest memorial donations in Melody's name be made to the American Lung Association 1301 Pennsylvania Ave., NW., Ste. 800 Washington DC 20004 Services: In-state at 10:00AM, Service at 11:00AM at Murrieta Church of Christ on Saturday, November 13th, 2010 (map/driving directions) Cemetery: Murrieta Laurel Cemetery 42800 Ivy Street Murrieta, CA 92562 (map/driving directions)