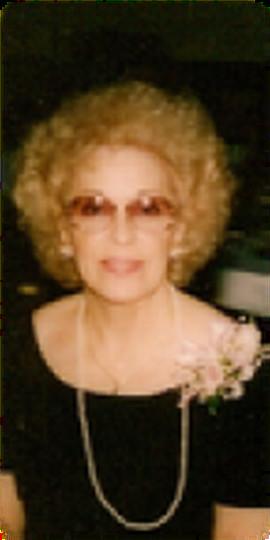 Beloved Mother, Grandmother and Sister, Natalie Fascitelli Emma passed from this life on December 6th, 2011, surrounded by her loving family. She was born on June 16, 1926 in Providence, Rhode Island to Tomasso and Antonia DiMauro. She met and married Joseph R. Fascitelli in September, 1947. They had three children, Natalie, Deborah and Joseph (Joey), and spent many wonderful years in Garden Grove, California. After the death of her husband Joseph in 1982, Natalie married Robert Emma in November 1989 with whom she had many great years until his death in 2005. Lee, as she was known, was a wonderful cook, loved to dance and in later years enjoyed golfing. Her home was always open to family, friends and neighbors. She will always be known for her love, hospitality and caring nature. She is survived by her daughters Natalie Doyle and Deborah Gravelle and husband Ted Gravelle; grandchildren Joe Doyle, Nathan Doyle and wife Ana Doyle, Somer Doyle, Jesse Doyle, Karisa Gravelle and Justin Gravelle; great grandchildren Oran Slade and Sierra Doyle She is the sister of James DiMauro, Michael DiMauro and sister Carmelina Montante and the late Nancy Comella and Joseph DiMauro. A vigil will be held at the England Family Mortuary at 2635 Madison Ave. in Temecula California on December 13th from 5:00 p.m. to 9:00 p.m. with a service at 7:00 p.m. Funeral services will be held at St. Columban’s Catholic Church at 10801 Stanford Ave., Garden Grove, California at 10:00 a.m. on December 14th 2011. She will be laid to rest at Holy Sepulcher Catholic Cemetery in Orange, California. Donations may be made to the American Cancer Society.