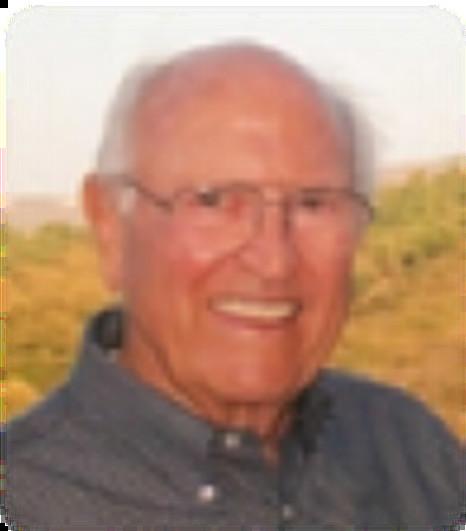 Paul Calvin Buhler was born September 24, 1923 to Cornelius and Martha Buhler. He was the third of seven children born on their Salt Creek farm near Dallas Oregon. Paul served in the Navy from 1942 to 1944 and then enrolled at Oregon State University where he joined the Collegiate Wrestling Team, winning the Collegiate Championship of the United States. He received a Bachelor of Science in Agriculture and then moved to Portland, where he was a member of the Portland Water-ski Club. In 1960, Paul relocated to southern California as a manufacturer's representative. In 1966, Paul met and married the love of his life, June, through friends in Tustin, California. They purchased an avocado grove in Temecula in 1977 and moved from Tustin to Temecula in 1982. Paul was a member of the Temecula Noon Rotary Club, Hope Lutheran Church and the California Avocado Society. He leaves his three brothers, Harland, Clarence, and Verne Buhler, and one sister, Elva Shorack, his wife June and three children: Lorna Laney, Cris Buhler and Amy Blea. Two grandchildren will forever remember their Grandpa: Luke Laney and Calvin Blea. An avid traveler, Paul visited several countries with his wife, June. Their favorite trips were to Russia, Poland, New Zealand, Australia, and the Panama Canal. Paul was a Christian with complete faith in the Lord Jesus Christ. His faith and his inner strength were reflected in all of his relationships, resulting in lasting friendships throughout his life, including the many friends he made while living in Temecula. Paul Buhler will be truly missed and forever loved. He was known as a great husband, brother, father, and friend to many. Everyone will remember his kindness and loving smile. A celebration of his life will be held at England Family Chapel at 11:00am on Saturday, November 26, with Pastor Bill Wolter officiating. He will be laid to rest in Murrieta (Laurel) Cemetery at 11:00am on Monday, November 28.