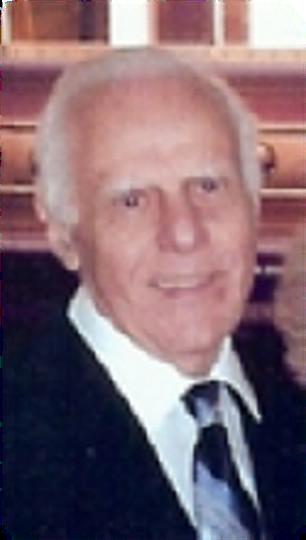 Ruggiero Savatore Benedetto Nicosia was born June 17, 1923, in Buffalo, NY. His father, Anthony, and mother, Mary Salemi (who were born in Sicily) immigrated to America to improve their lives. After marriage, they had a family of four children -- 2 boys and 2 older sisters, who always looked after their brothers. By the time he started school Ruggiero spoke fluent Italian but wanted to be called only Roger Nicosia. The Great Depression began during his elementary school years. The family wound up living in an apartment building owned by his Uncle Guy, a successful doctor and businessman who looked after his extended family. Roger and his younger brother, Ben, had paper routes for several years and shined shoes to help the family make ends meet. His father was a barber who would eventually own a restaurant where his children were expected to work after school. His mother stayed home to take care of the family. The times were difficult but the family knew to always help each other, a pattern that continued after Roger grew up and had his own family. His mother died unexpectedly when Roger was a teenager. When the war broke out, Roger joined the army soon after he graduated from high school. He achieved the rank of Private 1st Class and manned the anti-aircraft guns after landing in Normandy a few days after D-Day. He continued to fight for the allies in France and up through Belgium. After the war Roger attended college under the GI Bill. During that time, he became acquainted with a lovely lady (the sister of his good friend Larry) who taught fourth grade at a school in a city outside Buffalo. According to his sister, Frances', recollection she noticed Roger kept writing something over and over on a piece of paper. When she glimpsed the paper she noticed the name 'Lydia' written at least 50 times. It was then that the family knew Roger had fallen for a very special lady. Roger and Lydia married July 19, 1947. Following a large Catholic church wedding, they moved in with her parents, and Roger worked part time as an elevator operator at the Statler Hilton Hotel and as a bus driver while attending college. Three years after their marriage, Roger Guy was born on November 12, 1950. One year later they moved to Downey, California because the weather was nicer. It didn't take too long for Roger to land a job as an accountant with Chrysler Car Company. Lydia taught school, but would take off for five years after each child was born. Their daughter, Mary Deborah, was born December 15, 1955. She was their 'Christmas gift' every year thereafter. Roger eventually ended up working for the Federal government as a Defense Contract Auditor at Rockwell in Downey. He was pleased while working there to be able to see the Apollo spacecraft being built. He provided well for his own family and reached out to his extended family when they were in need. He offered to house and help his nephew, David George, a bright teenager who lived in Buffalo and had little chance for an education, to to junior college in California. He also financially helped his brother, Ben, who was going through a difficult time. After his retirement at the age of 62, Roger believed it was time to relax and enjoy life. He and Lydia moved to Sun City and made many new friends who were also retirees. They bought a motor home and went on outings with the Trail Bums, a fun group of people they befriended. Roger volunteered to become the accountant for the group whenever they would take one of their small trips around California. They also joined a square dancing group and were always laughing and showing their son and his wife, Rita, some of their dancing steps whenever they would come over to visit. They also became volunteers at the 1984 Olympics held in Los Angeles ... one of the highlights of their lives. Roger could never say enough about how terrific his children, Roger and 'Debbie' turned out and how proud he was of his grandchildren Michael, Mark, Michelle, and Ryan. He would display their artwork, school projects, and stories all over the walls of their always tidy home. If anyone needed help, he was always there to lend a hand or give advice. In the early 90s when Roger was in his 70s, he was forced to slow down because he required open heart surgery due to blocked arteries. He still retained his enthusiasm for life and his great sense of humor. When Roger was in his later 80s, his memory became challenged to the point that he needed extra help at Murrieta Gardens, a memory care facility. The kind staff treated Roger with respect and were greatly encouraging to him. They recounted to his family how much they enjoyed his sense of humor and his courtesy toward other residents, and how good he was at Bingo -- a game he claimed to dislike. Roger passed away on March 6, 2012. The last words understood by his family who were gathered around him were, 'Are you going to take me home?' We are sure Roger is now at home peacefully resting with our Lord above. He leaves a legacy to his family and devoted friends like Ron & Jane Hilmo and Phyllis & Bob DeSio, of a man who worked hard all his life to better himself and his family; a man of tremendous integrity and honor; a man who was loyal and true to his wife; treated his friends like gold; and who succeeded in reaching the goals he set for himself during his wonderful life. Arrivederci Roger! We will miss you dearly.