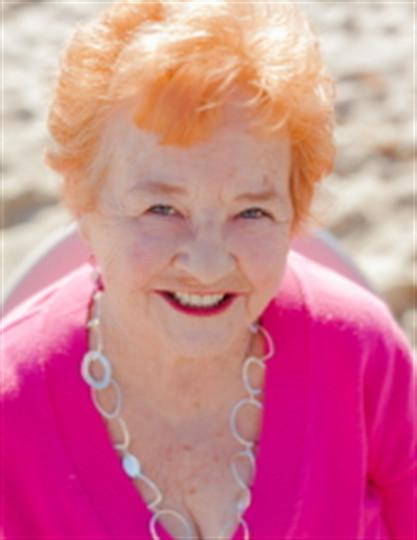 Sherril Lee (Smith) Maag went to her reward March 21, 2017 at home Murrieta, California. Born on the hardscrabble streets of Fresno October 12, 1934. A beautiful autumn day that foreshadowed the beauty that was to fill her life. Raised parents Thorville Smith and Velma Linton and stepfather Harry Linton. She often spoke of a happy childhood spent with her brother Douglas and her extended family and countless cousins. At 16 she met her one true love, Lewis Eugene (Gene) Maag, and on February 02, 1952 these two crazy kids made a dash to Arizona getting married. This lasted a short 52 years until Gene’s death in 2003. Crediting their successful marriage to ‘no-fault’ policy; believing that whenever you felt your spouse wronged you, assume it was not on purpose (or, not their fault.) Family was paramount to Sherril & Gene. They raised three children; Debi Lee (Trout) Loranger (Bob), Brian Eugene Maag (Jeanne) and Ross Anthony Maag (Lori). This progeny provided 10 grandchildren; Abigail Lee (deceased), Shane Maag (Kim), Jaclyn Maag (Todd Elkins), Jon Trout (Vanessa), Sarah Trout (U.S. Army Captain Brian Frausto), Jill Maag (Mike Shaffer), Kevin Maag (Caitlin), Payton Maag, Ashlyn Maag and Kirsten Maag. This begat 13 great-grandchildren: Wyatt, Jackson, Jacob, Rilyn, Owen, Noah, Katherine, Kate, Micah, Henry, Lillian, Cassidy, Mason and two on the way. Sherril loved being a mother/grandmother/great-grandmother. Family, and being with them, was very important to Sherril & Gene as demonstrated by this this legacy These two started married life with short times in La Mirada, South Gate & El Cajon before finding paradise in Westminster. From 1960 until 1984 this home was the heart of gatherings for family and friends. Always a gracious hostess, enjoying the sites & sounds of family and friends in their home. This time in Westminster provided a solid foundation and basis for lifelong friends, allowing all three to go to the same schools from elementary through their time at Westminster High School. After the last child (the favorite) left home, Sherril & Gene spent a short time in Huntington Beach before moving to Murrieta in 1990 for the remainder of their days. Sherril worked as a school secretary for the Westminster School District and volunteered in local election activities. She was an excellent card player, especially bridge for which she achieved the rank of Life Master in 1999. She continued playing until her last few weeks. Sherril also taught many how to play and in turn lose gracefully at Cribbage, Hearts, Spades and was not allowed back by Gene’s friends to play poker. She enjoyed travelling and her trips included Europe, the Caribbean, Central America, the Panama Canal, Alaska. Among Grandma’s favorite memories was an extended trip throughout the United States in a mobile home with Gene, especially when they were joined by their grandchildren along the way. Not sure how to close other than to say she will be missed very much. It goes to show, you don’t know what you have until it is gone. A viewing will be held Friday March 24, 4-8pm and funeral services will be held Saturday March 25 11:00 am at England Family Mortuary 27135 Madison Avenue, Temecula, CA 92590. In lieu of flowers please donate to Cota.org in the name of Samuel Maynard supporting his need for a kidney transplant https://cota.donorpages.com/PatientOnlineDonation/COTAforSamuelM/