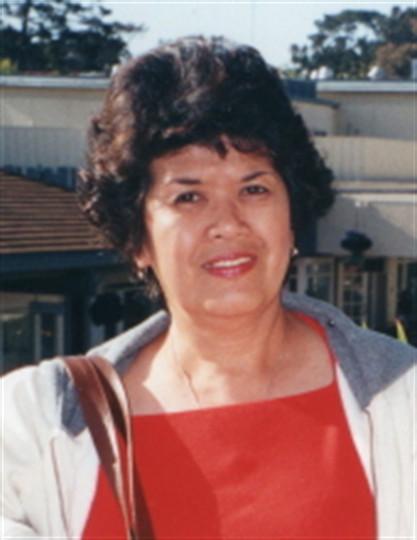 Teresita Fernandez Cardeno was born on April 15, 1941 in Manila, Philippines to Aurelio and Salud Fernandez. She was the oldest in a family of eight children (3 daughters, 5 sons). Teresita received her Bachelors of Science in Nursing from University of Santo Tomas, Philippines in 1962 and after working as a OBY-GYN Head Nurse in the Philippines for two years, and came to the U.S. through an Exchange Visitors Program. Teresita served countless patients for nearly 40 years before retiring in 2002. Jun & Teresita met in Chicago, IL in 1965 while at a cultural function. They married on April 29, 1967 and lived in Chicago until 1981 when they moved to Livermore, California. Together they had two children Sherry (born in 1968) and Sonny (born 1969). Jun & Teresita were very involved in the Filipino club, loved to entertain and spend time tending her garden, especially her rose bushes and trees. Teresia spent her retirement travelling around the world, reading and going to casinos. She had a love for Elvis and spending time with her four grandchildren, Ethan, Amelia, Nolan and Carson. Jun & Teresita lived in Temecula, CA together with Dave and Sherry, enjoying family time and making memories with her grandchildren. Teresita was blessed to be surrounded by her family: siblings, children, grandchildren and friends until her passing early in the morning on October 22, 2018.