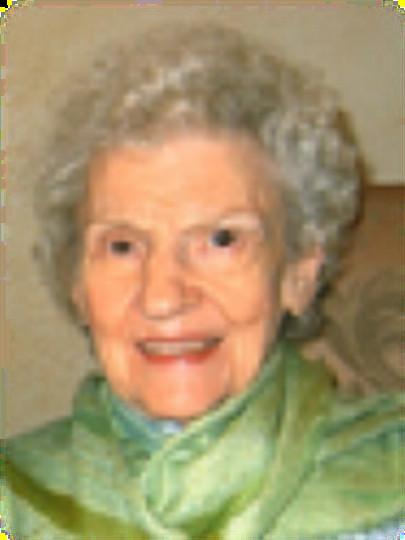 Winifred Mae Brandt Nelson was born in Gary, Indiana on July 15, 1922 to Helmer and Dorothy Anna Brandt. Her father and his brothers imigrated from Sweden and her mother from Lithuania. She went through the Portage, Indiana school system. She played basketball during her school years. She had two years of Biblical confirmation through the Mission Covenant Church. She accepted the Lord Jesus Christ as her Savior. After high school she worked at Sears in the cosmetic department and then for Dr. Watts in Gary, Indiana. On January 6, 1947 she married George Raymond Nelson. George built their home at 2533 Swanson Road where they lived until moving to Georgia in 1991 and then to Hemet, California in 2004. After marrying she was a full time homemaker. Winifred was a member of the Portage Community Church and served as Sunday School teacher, deaconess, a member of the missionary society, sang in the choir, and hosted many pastors, missionaries, and singing groups in her home. In Georgia she was a member of Villa Rica Baptist Church and in California Fellowship Baptist Church. After George's death she resided with her daughter Sheila Ryker and son - in -law until her death October 4, 2012. She was 90 years old. She continued her quick wit and positive encouragement to all who knew her until her death. She is survived by her 7 children, 9 grandchildren, and 8 great grandchildren. Celebration of Life service will be at England Family Mortuary Monday, October 15, 2012 and Burial at the Riverside National Cemetary Donations in her name may be given to Hospice of the Valleys - 25240 Hancock Ave. Suite 120 Murrieta, Ca. 92562 or Felllowship Baptist Church 375 North Sanderson Ave. Hemet, Ca. 92545